This month, the Chitra Collection joined museums and galleries across the UK to participate in the BBC’s Art That Made Us Festival with a series of short talks that we published on our Instagram and Facebook pages. In these we explored the impact of the tea trade on arts, crafts and technology. Read on to find out more about highlights from our talks.

From its origins in China, tea became a sought-after drink and a valuable commodity throughout the globe. Tea consumption went hand in hand with, and was bolstered by, that of another product of colonialism and slavery: sugar. Tea was key in fuelling British imperialism, triggering wars and revolutions, and generating complex social rituals involving the production and use of luxurious materials for tea services.

From the late 17th century, it became increasingly fashionable for extremely wealthy individuals and aristocratic families to commission porcelain pieces to be painted with their family arms and crests. These might cost up to ten times more than other imported Chinese porcelain as the crest design would have to be transported to China by agents or merchant traders. This was a minimum of a two year round trip, so such pieces were significant investments in terms of time and money. Mistakes also frequently occurred in the process of translating the armorial design by Chinese painters, resulting in some examples bearing unidentifiable coat of arms and crests.

This cup and saucer bear the arms of Theodorus van Reverhorst, who served as a member of the Dutch East India Company’s Court of Justice in the port of Batavia, Indonesia. This service is a unique illustration of a family tree on Chinese porcelain. The central coat of arms are his, while those surrounding belong to his forebears. Van Reverhorst’s maternal line is depicted on the right hand side, with his paternal line to the left.

This fantastic example of a silver water urn was made in 1825 by Chinese silversmith Lin Chong.

Many English patrons began purchasing silverware from Chinese silversmiths in the 19th century, as Chinese silver was inexpensive compared to works by English silversmiths. It was common for silver pieces to be brought to China to be melted and transformed into new objects.

Lin Chong was based in Canton and this piece was originally made for use in the complex of trading offices and warehouses there called the English Factory – or for an English or Scottish merchant living and operating there.

The object conforms to English Regency style in its Greco-Roman urn form, and classical decorative features including lion heads, masks, lion feet, garlands, and anthemion leaf pattern. However, it is less formal than Georgian Regency designs and the craftsman adds an ingenious flourish in the form of the serpent which coils around one foot of the urn and incorporates its head as the spigot terminal. The serpent is a motif that appears often in English silver but here it is a much more important component of the urn, making this an eclectic example of Chinese silver.

The piece also bears Lin Chong’s mark, an ‘L’ stamped on its edge, illustrating a development in silver making of this period. Western silversmiths used marks such as these as a way of authenticating works by different silversmiths and identifying the grade of silver, but this wasn’t the system used in China. British patrons often brought silver pieces bearing marks of prestigious European silversmiths to be copied, but Chinese silversmiths would instead incorporate their own marks on to the piece rather than faithfully copying the originals.

Rococo and the beginning of commercial production methods

The methods of porcelain production, which for centuries had been guarded by Chinese makers, was replicated for the first time in Saxony in the early 18th century, gradually spreading through Europe.

This tea cup and saucer were produced by the Royal Worcester porcelain manufactory in 1758. Established in 1751 by Dr John Wall, this is an early example of the factory’s output. The manufactory specialised in soft paste-porcelain and used local clays combined with soapstone that helped to strengthen the material which could then be filled with boiling water without cracking.

It became well known for its production of smaller items such as tea wares that were increasingly widely available and affordable throughout the 18th century.  The manufactory was also one of the first in England to employ the method of transfer printing, where a copper plate design is inked and a ‘pull’ taken onto a sheet of tissue-like paper, which would be applied to the body of the vessel. The tissue was burnt off the kiln leaving only the design when the object was fired. This technique, used to apply the design on this piece, could be employed on a commercial scale making production faster and pieces cheaper.

This bowl and saucer are decorated with a pattern called ‘Les Garçons Chinois’ (the Chinese boys) and was inspired by the engravings of French artist Jean-Baptiste Pillement, who was well-known for painting fanciful scenes and romanticised Asian-inspired landscapes called ‘chinoiseries’ and was a proponent of the Rococo movement in the decorative arts. Pillement travelled around Europe working as an artist, but never beyond to Asian countries that were thought to inspire these images. The scrolling, floating natural elements and asymmetry are typical of his work and Rococo design, as well as adding to the whimsical mood of the image.

It has been fantastic to show the collection in a new way this month and receive positive responses from our followers, as well as tuning in to see how museums and galleries have participated in Art That Made Us Festival! 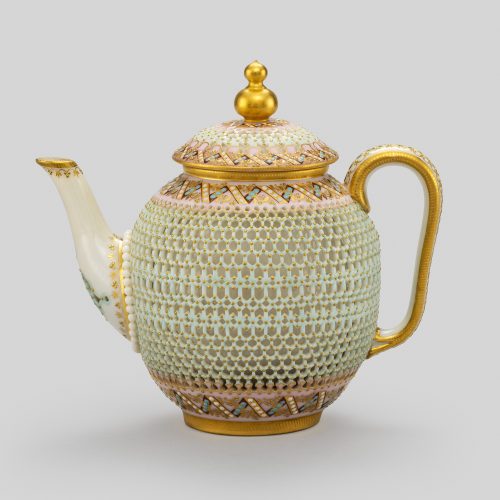 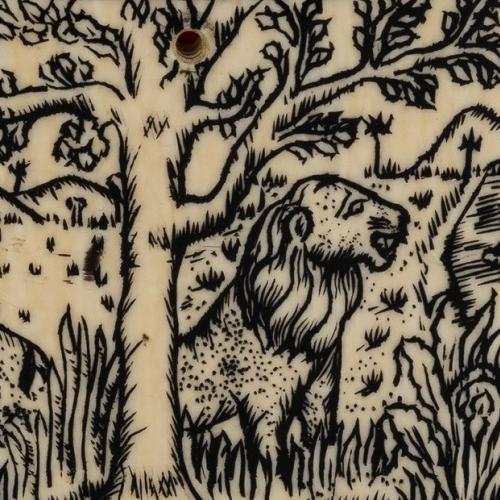 
As a valuable commodity that was traded between East and West, tea holds an important place in the history of […] 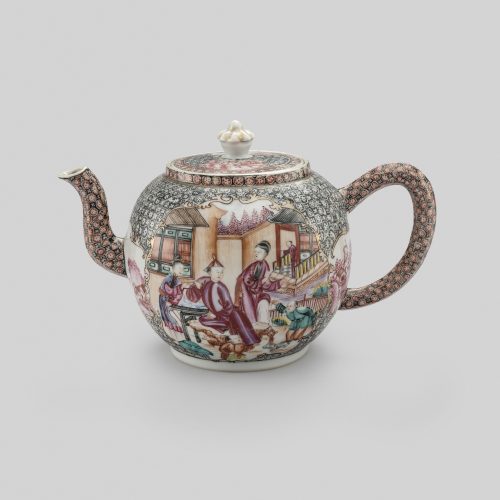