The ceramic work of English potter George Owen (1845-1912), who refined the output of reticulated doubled-walled vessels at the Royal Worcester Manufactory, is often viewed with mystery. Taking months to complete, the outer wall of the vessels Owen produced were carefully pierced to create an intricate net-like, honeycomb effect on the external body. Working with the constant risk of failure, his painstaking work resulted in delicate ceramic vessels which were extremely popular among buyers. His techniques were considered a trade secret, with Owen himself placing an extreme confidentiality on his work. However, before Owen even entered the profession, collectors had many opportunities to purchase reticulated ceramics, as examples had been produced across the world for over 300 years, first in China and later across Europe. So why did Owen’s work occupy such a position of mystery? Had he developed a technique so different from those produced in other countries? With examples from the Chitra Collection and other museums we take a look at pierced porcelain wares from around the world to delve deeper into the history of reticulated ceramics, and understand more about the techniques Owen employed in his work.

It is thought that the earliest reticulated wares were produced in the official kilns of the Southern Song dynasty (c.1127-1279) at Laohudong in Hangzhou, Eastern China. Designated as ‘ingeniously and delicately wrought porcelain’ by Chinese potters, this difficult decorative technique required huge amounts of skill, and was referred to as ‘devil’s work’ (恶魔的工作) as a result.

Other Chinese terms are used when referring to pieces decorated with a textured surface, suggesting multiple techniques were utilised: linglong (玲珑) or ‘delicate openwork’ denotes not only pierced work but those with relief and recessed decoration while the term lòu diào (漏掉) translates to omitting or leaving out, referring to the pieces that are cut away from the surface.

The trade records of the Dutch East India Company first mention ‘semi translucent or translucent wares’ as early as 1643, suggesting that reticulated porcelain pieces have been exported to the West since the 17th century. The painted inner walls of reticulated vessels were a source of wonderment and awe for overseas buyers, and due to this high demand, Chinese potters continued to produce these wares solely for export.

In order to create such pieces of guifu shengong, (鬼斧神工) or ‘supernatural workmanship’, the external and internal walls were formed separately. Patterns on the internal wall, as seen on Chitra Collection Number (CCN.) 1136, could only have been achieved by painting the surface before the external wall was applied. This outer surface would be cut and carved while the clay was in a dry but malleable state and then ‘luted’ (sealed or joined) together at the foot rim. Once the separate pieces were assembled, the vessel was fired before the outer wall was painted with enamels and then re-fired at a lower temperature[1].

As a result of this complicated process, good examples of Chinese lòu diào were rare, and often fetched higher prices to compensate for the elevated risks in the production process.

Chinese reticulated wares were readily available on the European luxury market, but the discovery of porcelain production by the German manufactory Meissen in the early 18th century was an important turning point.

European manufactories could now rise to the challenge of domestically producing reticulated porcelain wares to imitate and rival Chinese prototypes. After years of experimentation, the most renowned examples of reticulated porcelain on the continent were those made by the Sèvres Manufactory in France, under the directorship of Alexandre Brongniart in the early 1800s.

An auction held in Paris in 1826 of ‘Openwork Chinese Porcelain’ by Parisian dealer F. Sallé, was instrumental for the work of ceramic designers such as Hyacinthe Régnier. In November 1831, Régnier was paid by Sèvres for his drawings and working models of reticulated ceramic pieces, inspired by the Chinese examples he had witnessed at the sale. Régnier had successfully combined exotic Eastern influences with diverse European tastes, while also mastering the significant technical challenges these pieces presented.

Less than a year after Régnier’s employment at Sèvres, the description of ‘Chinois Réticulé’ appears in the Sèvres archives, and examples exhibited in the Louvre proved an instant hit with those who viewed them.  Sèvres completed many Royal commissions in these designs, including at least seven examples purchased by Queen Marie-Amélie between the years 1835 and 1843, to be presented by her as diplomatic gifts.

A highly sought after style, Brongniart was immensely proud of the manufactory’s success in producing these double-walled vessels, explaining the technical accomplishment in his 1854 ‘Traité des Arts Céramiques’.

In explaining the process for a double walled teapot, ‘being the one that presents the most difficulty’, he writes:

The pieces which one calls reticulated, because they are as if enveloped in a network of porcelain, are very difficult to make well, and consequently of a rather high price; so few porcelain manufactures, working for commerce, have sought to imitate them…

…The teapot consists of 5 parts of which two are for the outside and three for the inside. Those of the outside being reticulated, are moulded to the cover on the lathe…[2]

Thanks to Brongniart’s extensive explanation, we are able to determine that the methods used by Sèvres were akin to those of the Chinese workshops, while the difficulty involved in the manufacturing process reserved these pieces for the most exclusive of clients.

So what of George Owen’s work? Beginning his career in June 1859 at the age of 13, George Owen was initially employed as a ‘China Presser’ in the Ornamental Department, where he was tasked with cutting holes in porcelain wares using a moulded outline, to produce pieces in imitation of those by Sèvres.

The similarities between the Sèvres pieces and Worcester’s early output are noticeable in the size of the reticulated pattern on the outer body and the bamboo form handles.

Owen’s lifelong interest in carving seems to have driven him to perfect the technique, and he began to work on refining the reticulated porcelain produced at Worcester [3]. Working alone, with continued experimentation, Owen succeeded in creating a perforated teapot with an inner lining without using the pattern of an earlier version. This great feat was exhibited and resulted in a further 300 commissioned copies.

The fragility of Owen’s techniques and the multiple visits to the kiln would risk months of work, possibly having to start again at any point. As the Pottery Gazette reported in 1896,

‘the artist [Owen] tooled every one of these minute apertures without having any tracery, or any other assistance whatever to guide him to regularity, except his eye and his hand… if on the last day of his work his knife had slipped, and so made two ‘holes’ into one, the whole piece would have been ruined’. [3]

Although others worked on reticulated pieces for Worcester, none quite matched those produced by Owen. He worked behind closed doors, to the extent that he would stop and hide his tools if anyone entered his workspace. Though his son provided the thin-walled vessels for him to perforate, George Owen would never allow him to watch while he worked, in order to protect his lucrative trademark.

Despite Owen’s skill, the high failure rate of the work resulted in many unfinished pieces which today greatly assist research into his technique, such as an unfired example gifted to the Museum of Royal Worcester. This piece confirms opinions that Owen’s technique consisted of cutting the wet clay freehand before firing, as the Chinese potters had done centuries before. Every minute piece was cut by hand with tools made by Owen himself, often filed down from the metal stays of women’s corsets. Using a pair of compasses and callipers, Owen meticulously measured the distance around a vessel, marking where each incision should be made.

To create the hexagonal holes, Owen would insert a sharp, oiled knife at the centre, and carefully draw the piece out after cutting the outline. The vessels would be worked on over a period of months, often returning to a ‘wet-box’ to stop the clay from drying out and to facilitate Owen’s work on multiple pieces at one time. His ambidextrousness facilitated his cutting skill, deftly swapping the knife from one hand to the other as he worked his way round the vessel.

It seems then, that despite Owen’s secrecy and clever business acumen, his work only enhanced earlier reticulation techniques, the secrecy instead revolving around the question of how he was able to carve the intricate geometric patterns without a guide. The technique remained the same but Owen’s meticulousness and skill refined the practice. Considered even more remarkable in the face of mass-produced ceramics from China, the finely potted, thin-walled vessels along with Owen’s steady hand, experience, and dedication to perfection, resulted in delicate ceramic creations which continue to delight today. 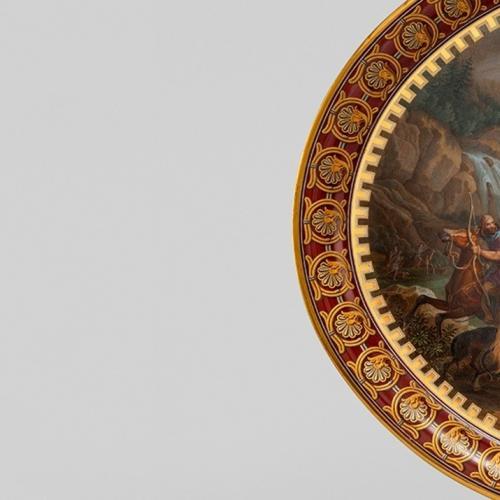 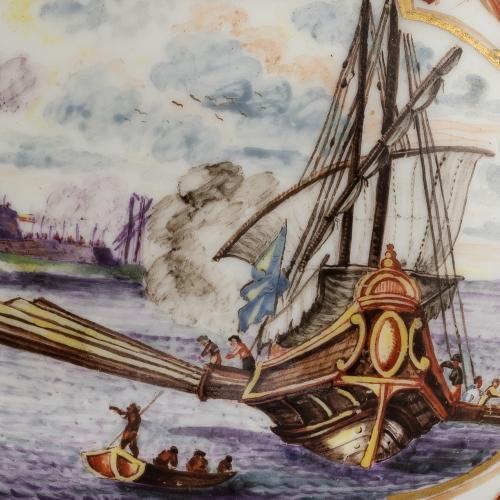 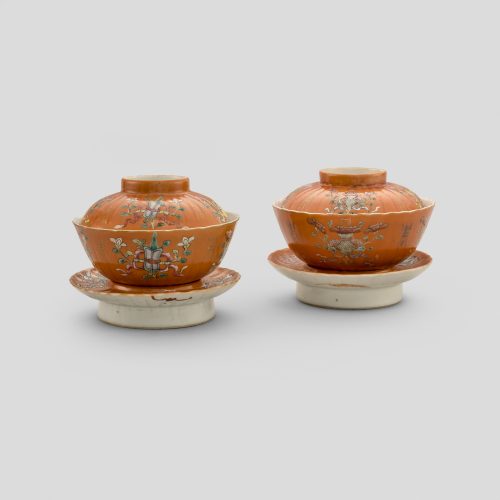 
THE GAIWAN: A COVETED, COVERED CUP