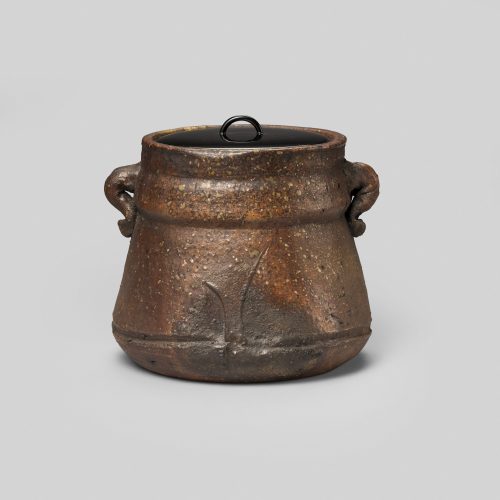 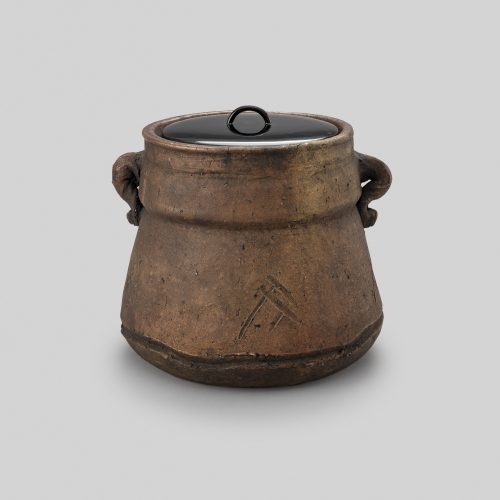 The Bizen kilns in Okayama prefecture are known to have been active since the 13th century, and were among the first in Japan to start producing purpose-made tea wares from the late 16th century. Bizen wares were made with a dense, fine-grained clay of a deep reddish brown colour, and were favoured by tea masters for their imperfect, organic forms. A poetic vocabulary is often used to describe certain surfaces: the spotted ash deposits which create sprinkles of yellow, as seen on this example, were named goma or ‘sesame seeds’.

This mizusashi, or water jar, features a black lacquer lid custom made for the vessel’s irregular shape. The contrast between the lid’s high gloss and the jar’s rough texture would have been much appreciated within the context of the tea room. Mizusashi are used specifically during the tea ceremony to hold fresh, cold water and handled by the teishu (‘host’) in the tea room at various points throughout the ceremony. The water would have been used to replenish the kama (kettle), or to rinse the tea bowls and the tea whisk after use. The mizusashi is particularly prized, as it is the first utensil to be brought into the tearoom and the last to be removed. 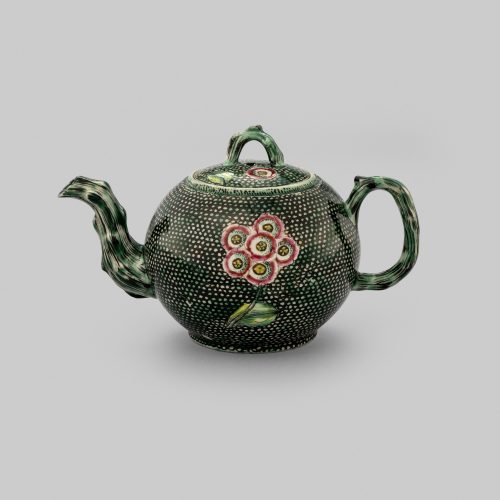 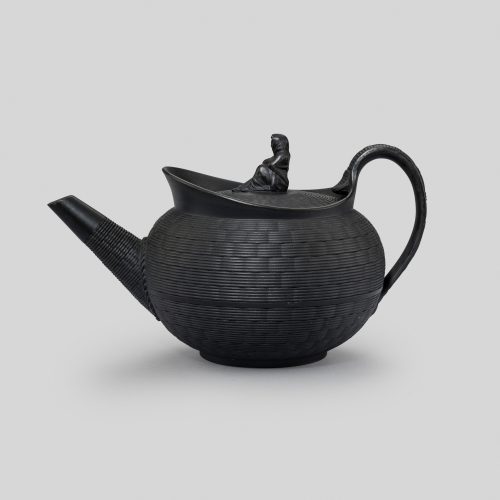 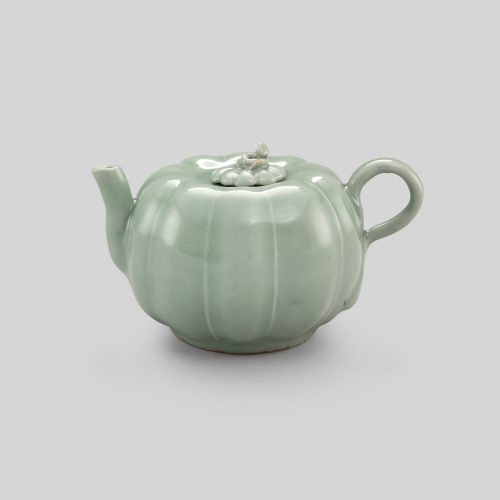