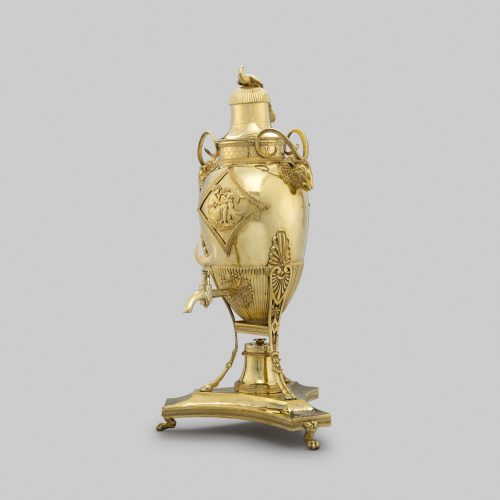 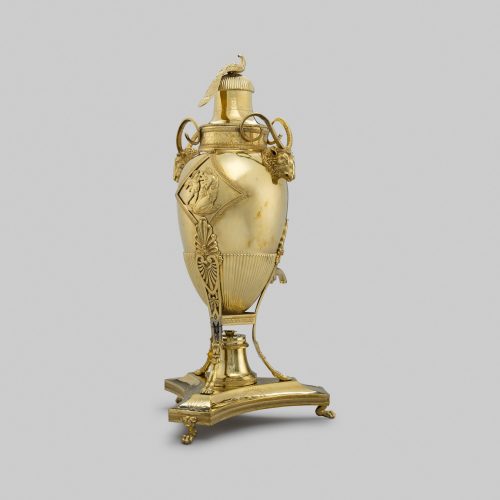 The maker of this urn, Marc Jacquart, was a renowned Parisian goldsmith and maker of ‘large and beautiful silver tablewares’. This urn is decorated in the early Empire style, a form of Neoclassicism that developed during the rule of Emperor Napoléon I between 1804-1815. The Empire style embraced the use of motifs found within the art and architecture of Ancient Greece, Egypt and Rome, to be used as imperialistic symbolism and in turn, glorify Napoléon’s reign. Like other craftsmen working during this period, Jacquart was influenced by Napoléon’s campaign in Egypt, which spurred the fashion for Egyptian ornament known as ‘Egyptomania’. The two cast handles on either side of the urn resemble rams’ heads, motifs which feature prominently in ancient Egyptian and Greek mythology.

The urn once belonged to Robert de Balkany, a prominent Romanian-French collector whose interests lay in European and English clocks, silver, furniture, textiles and Old Master paintings. He purchased the urn in 2004 from the C. Ruxton and Audrey Love Collection. Equally prominent collectors, the couple met on a slow boat to China in 1926. Ruxton’s interest in collecting emerged during these trips to China, while Love was a niece of Solomon Guggenheim, the founder of the New York museum bearing his name and whose family were great patrons of art and culture. 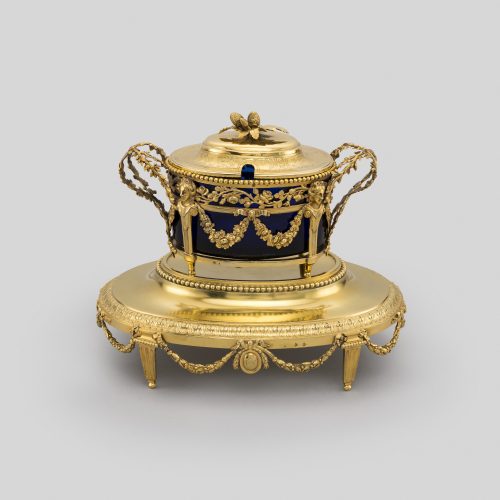 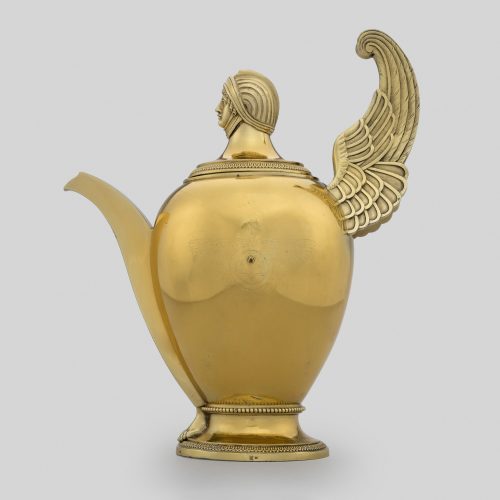 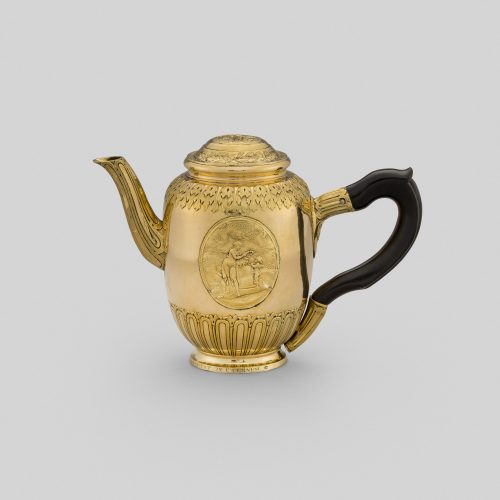