The name engraved across the lid indicates this caddy was once owned by Theodore Roosevelt, the 26th President of the United States of America. When Roosevelt’s residency ended, the First Lady Edith Roosevelt gifted it to the Chief Usher, Irwin ‘Ike’ Hoover, in recognition of his 42 years of service to the White House, a record that remains unbroken today.

The caddy was made in Germany in 1886 in the Napoleon III style and bears the busts of Marie-Antoinette and Louis XVI on either side. Throughout the 19th and early 20th centuries, an infatuation with the 18th century French court and its fashions spurred designers, decorators and silversmiths to use iconography associated with this period. Neoclassical styles rose to the fore during Louis XVI’s reign, with refined geometric forms continuing in popularity under the empire. Although the maker of the caddy is unknown, the marks on the base relate to the Federal act of 16th July 1884 that came into effect on 1st Jan 1888. The use of individual city marks was abolished and replaced by the national mark of a crescent moon and crown, representing the entire German state. 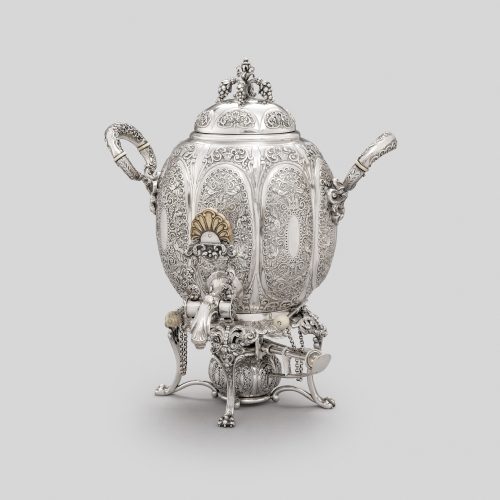 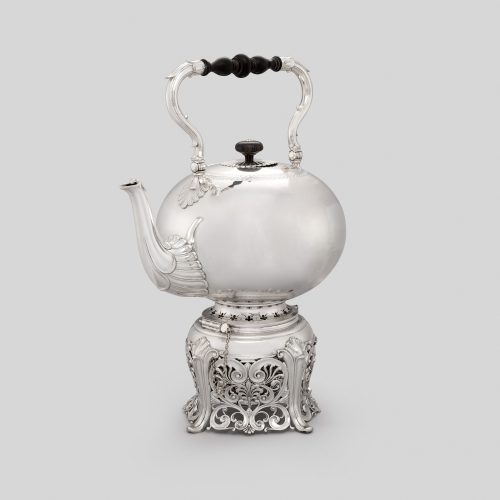 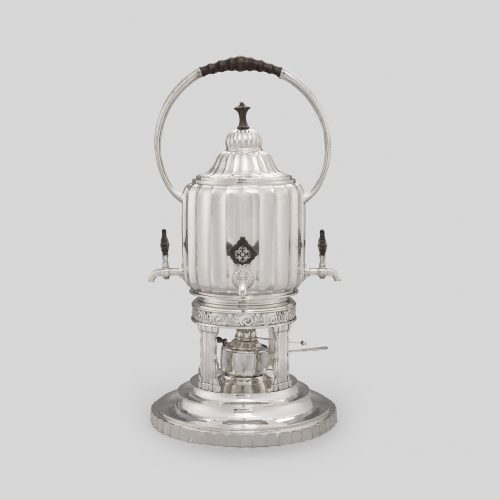