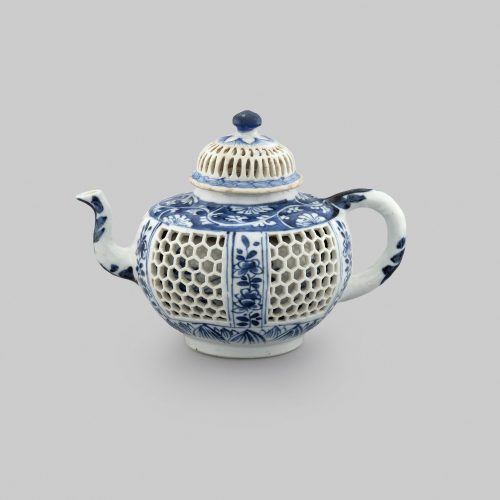 The blue pigment used to create the painted decoration on this teapot is taken from the ground mineral of cobalt oxide. The pigment was mixed with water and applied with a brush to the unfired porcelain surface, which was then covered with a clear glaze for firing in the kiln. Referred to as ‘nameless rarity’ (wuming yu) or Mohammedan blue (huiqui qing), the mineral was imported from Iran and was likely a costly material that was difficult to obtain in vast quantities. Cobalt was first used to decorate Chinese ceramic wares in the 1st century AD, but the widespread production of blue and white porcelain only emerged in the second half of the 14th century. Blue and white porcelain was mostly produced for export to Vietnam, the Middle East and later Europe, where it was collected and highly valued by the wealthy.

As tea-drinking became fashionable among wealthy Europeans in the 17th century, it is likely that this teapot was made specifically for the European market. The teapot features two walls, one which contains the tea and the other which is pierced or ‘reticulated’ in a diaper pattern for decorative purposes. The earliest reticulated wares are thought to have been produced in the kilns of Hangzhou, in Eastern China. As this technique was a difficult process which required enormous skill, it was called by Chinese potters as ‘ingeniously and delicately wrought porcelain’. Dutch East India Company records from 1643 first mention the trade in semi-translucent or translucent wares, which suggests that reticulated porcelain was first exported to the West in the 17th century. The inner wall of this particularly decorative example is also decorated with Chinese characters and auspicious symbols. 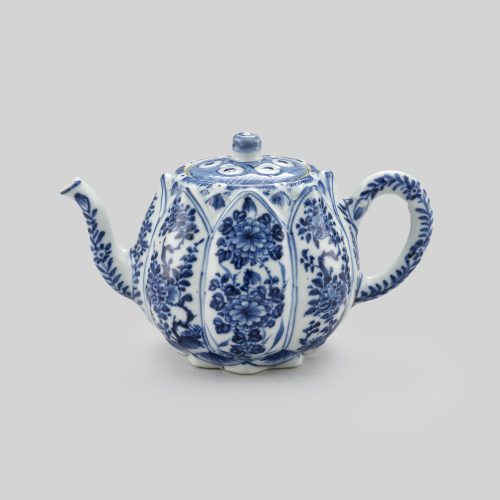 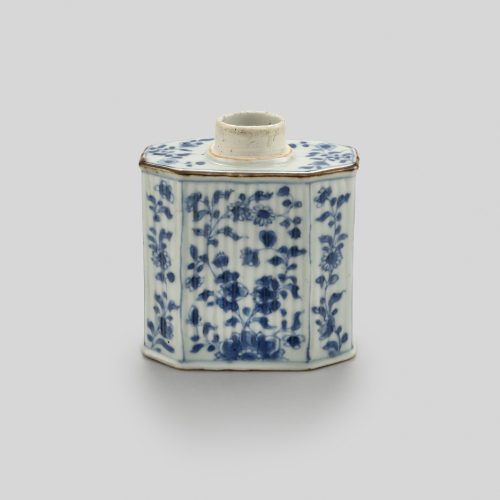 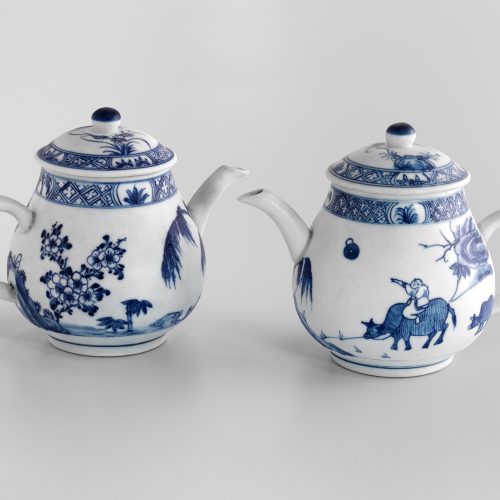