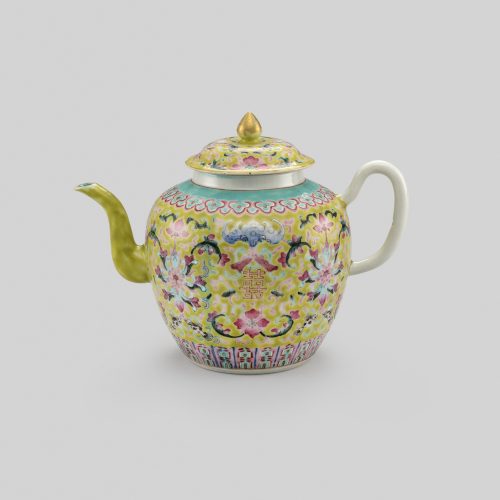 This teapot is decorated in the ‘famille rose’ style with a yellow ground, a popular style during the Daoguang period for which this teapot is marked. At this time, most imperial wares were marked with the zhuanshu ‘archaic seal’, demonstrating a continuation of its popularity from the Qianlong period. The enamel design incorporates many auspicious symbols referring to longevity and happiness. The central character, Shuang Xi, is a mark that means double happiness, and is typically found on objects relating to Chinese weddings due to its connotations of ‘wedded bliss’. The symbol appeared on Chinese porcelain from the early 19th century, and grew in popularity around 1872, at the time of the Tongzhi Emperor’s wedding, the first imperial wedding for over 200 years. This message is reinforced by the double fish motif, interpreted as shuangyú, a wish for double abundance or good fortune as well as for marital happiness. Further auspicious meanings are found in the pattern around the base depicting a stylised ruyi sceptre, a ceremonial object given as gifts for the good wishes they implied to the receiver. More longevity motifs are found in the hovering bat, or Fú, a homophone for happiness and good fortune, as well as the stylised hibiscus flowers and vines, symbolising eternity and wealth. 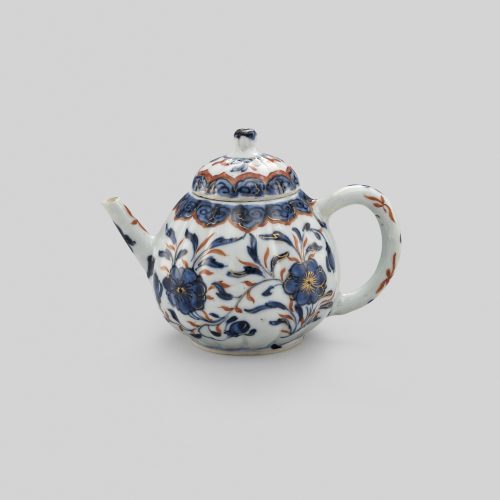 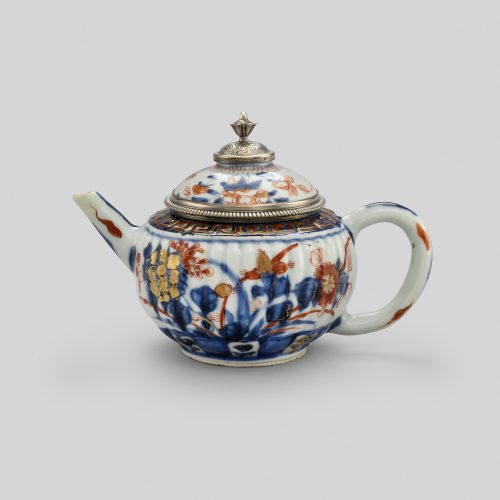 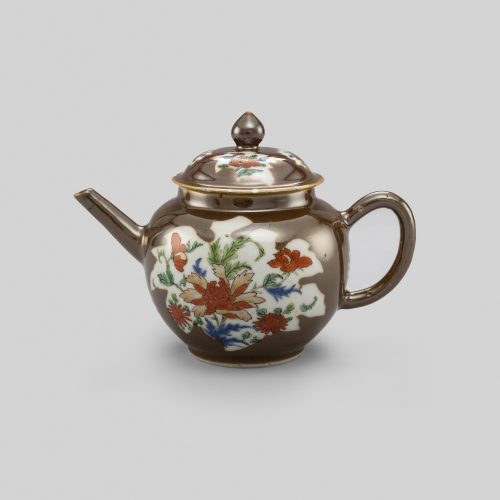