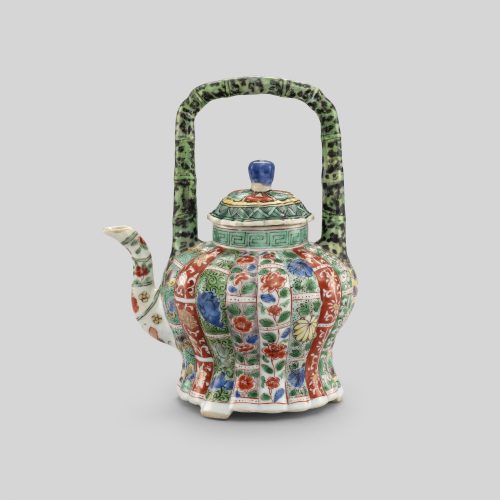 ‘Top’ or ‘over’ handles, such as the one on this teapot, assumed their basic form from Chinese wine pots and were common during this period. By 1710, however, they were becoming less prevalent due to their impracticality in the preparation of tea. 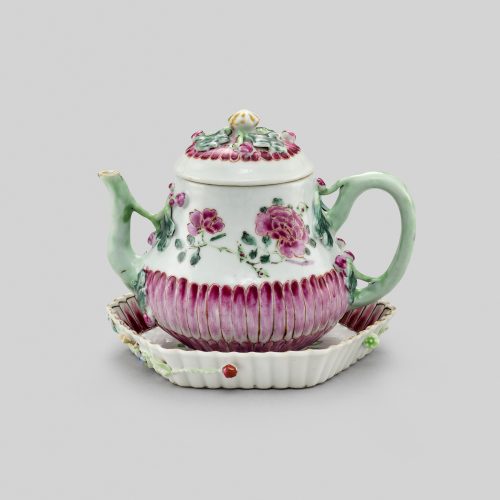 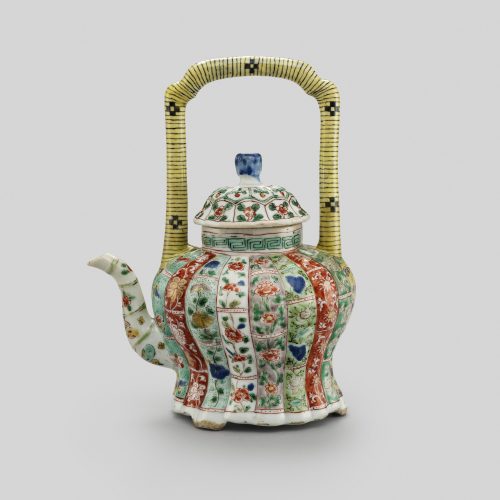 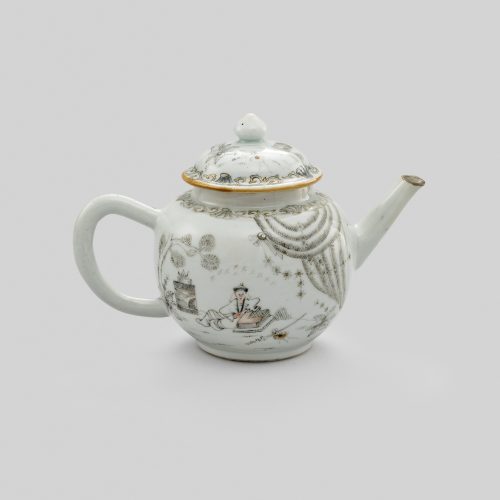