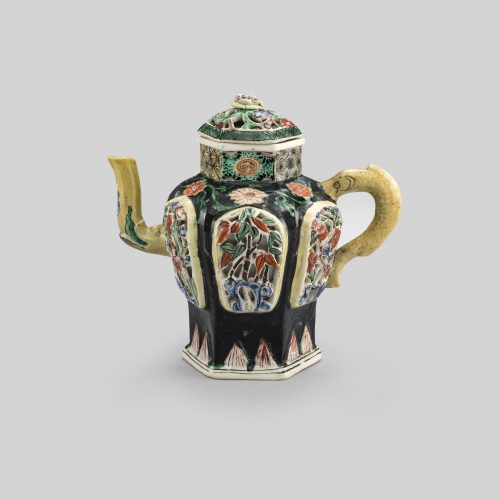 This teapot is characterised as Famille Noire porcelain, a prominent type of ceramic produced throughout the Qing Dynasty (1644-1912). Famille Noire porcelain was especially desirable, as few examples reached Europe during the 18th century, and many existing wares are in fact late 19th century imitations and replicas of true Chinese Famille Noire. To create the black glaze, the porcelain piece is coated in dry black cobalt enamel, often used to create black outlines for porcelain decoration. Before firing the piece, a copper-green, lead-based glaze is then applied over the entire body. These two coatings then fuse together during firing, which creates a background glaze of a deep, rich black with a subtle green tinge. The teapot features six double walled panels of bamboo, pine and flowering prunus, a pattern termed as ‘The Three Friends of Winter’ (suihan sanyou). This term was coined by Chinese scholars who regarded the plants as symbols of resolve, due to their ability to endure harsh winters. 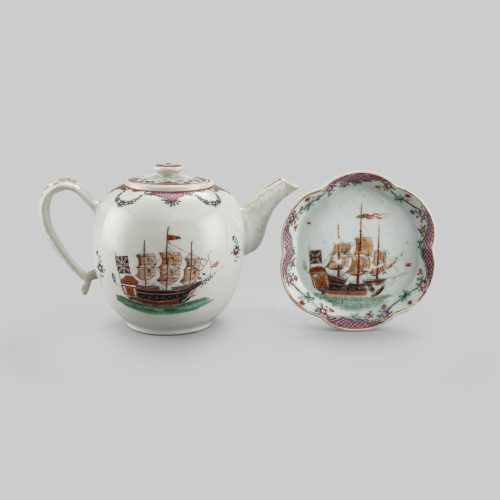 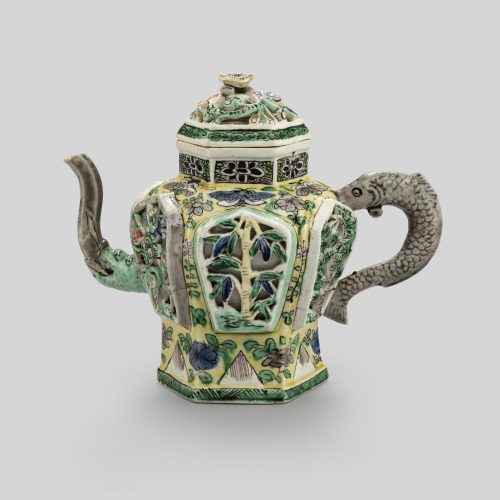 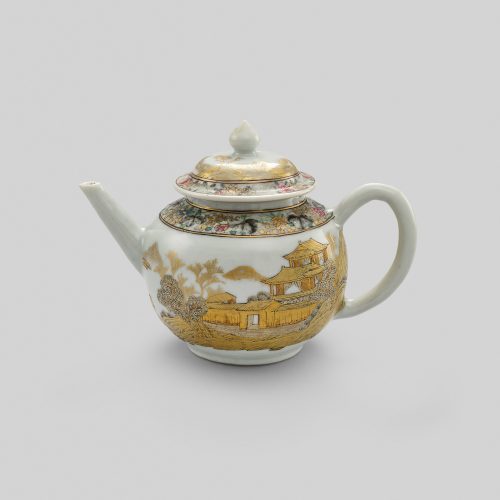