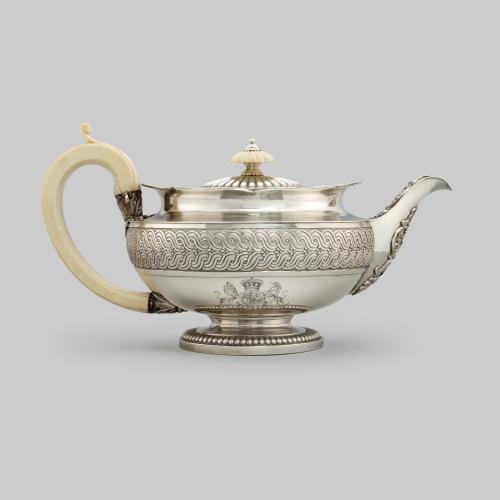 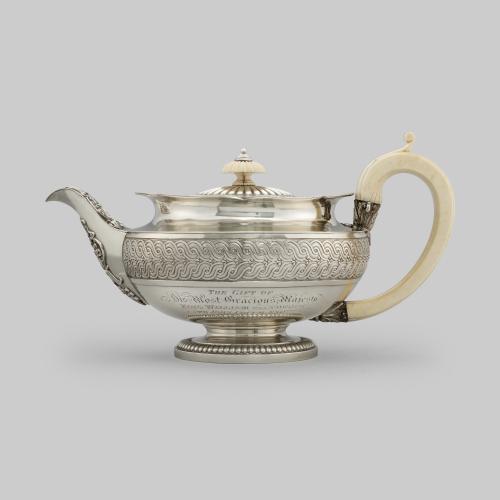 By the 19th century, tea had become an affordable beverage that was consumed by all social classes in Britain. Silver teawares were often given as presentation gifts or awarded as ‘trophies’ for gaming, racing or military valour. This example is engraved with the royal coat of arms and bears the inscription ‘The Gift of His Most Gracious Majesty King William The Fourth to John Cocum Esqre. as a Token of His approbation, 1834’. John Cocum (1786-1860) held various positions within the Royal Stables from 1815, and was appointed Clerk of the Royal Stables in 1834, a position which he held until his death in 1860. Cocum was based at the Royal Mews of Windsor, but it appears that he also had connections to Brighton and the Royal Pavilion, serving under George IV, William IV and Queen Victoria. He even appears to have inherited some of George IV’s furniture from Brighton Pavilion in lieu of a salary or pension.

This teapot is marked for Philip Rundell, a silversmith who, in partnership with John Bridge, received the royal warrant in 1797. By 1803, Rundell’s nephew Edmund Walter Rundell had become a partner in the firm, which was subsequently styled Rundell, Bridge and Rundell. The firm enjoyed the patronage of King George IV and supplied elaborate banqueting plate for the King’s ‘Grand Service’ at Carlton House. 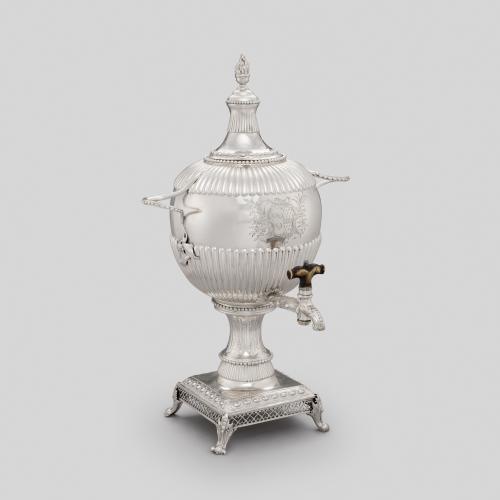 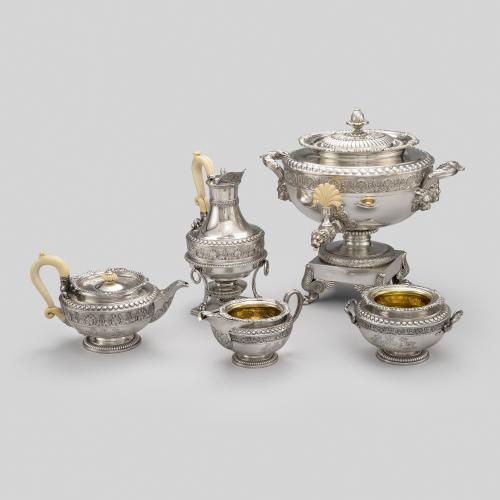 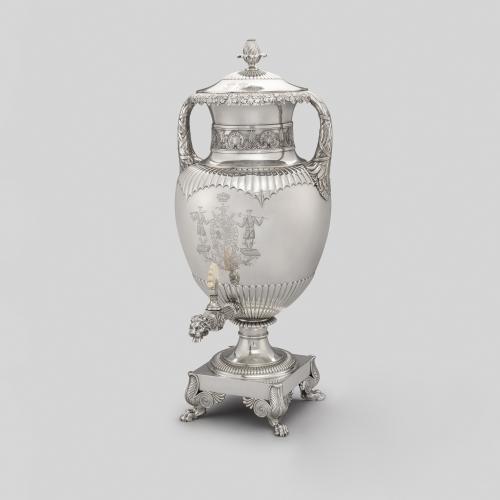