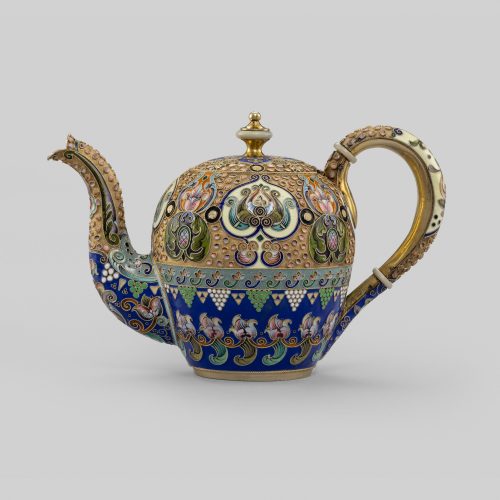 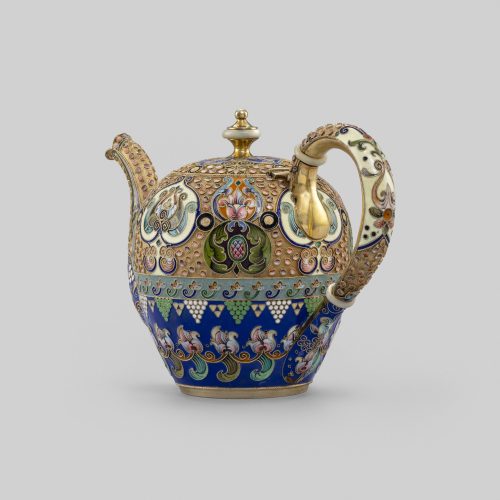 This silver-gilt enamelled teapot was made in Moscow and bears the mark of the 11th Artel. Active in Russia between the 1860s and 1950s, artels were cooperatives for craftsmen and labourers, living and working together in fields as varied as silversmithing, fishing, or wood carving. Each artel specialised in the use of specific techniques, and the items they produced were synonymous with high quality craftsmanship. The 11th Artel, or Odinnadtsaya, was renowned for the production of domestic silver wares decorated using enamelling techniques including cloisonné, plique-a-jour and guilloche. They even supplied works to the prestigious Russian firm of Fabergé for a period.
This teapot is decorated in cloisonné enamels, a technique whereby cells of metal wires are filled with brightly coloured glass powder, which is then fused under intense heat to produce a glassy finish. This technique is known to have been employed in the Kievan Rus (now Belarus, Russia and Ukraine) since the 11th century, when it was referred to as finift or ‘shining stone’. The swirling blossoms and geometric patterns on this teapot combine Old Russian ornament with the newly fashionable Art Nouveau style. The revival of traditional Russian styles, which merged Turkish, Persian and Medieval European influences, coincided with a renewed sense of national pride among the conservative middle and merchant classes in Russia, with who such intricately decorated silver wares were fashionable from the mid-19th to early 20th century. 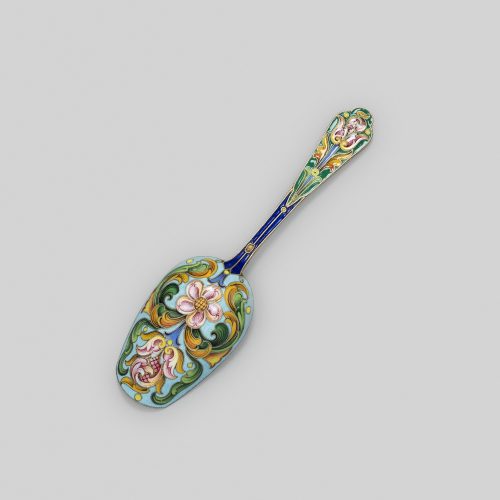 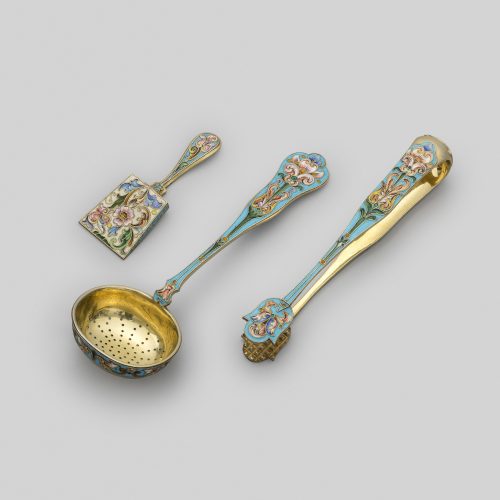 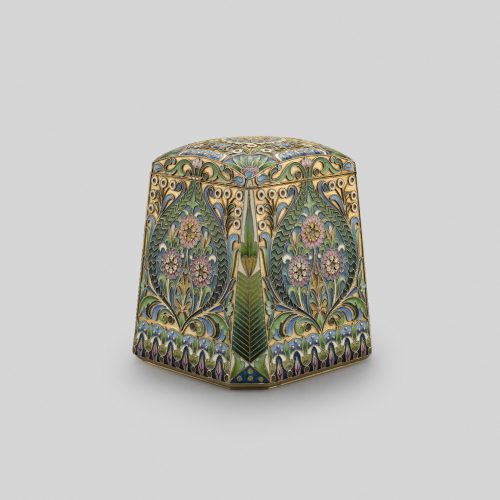