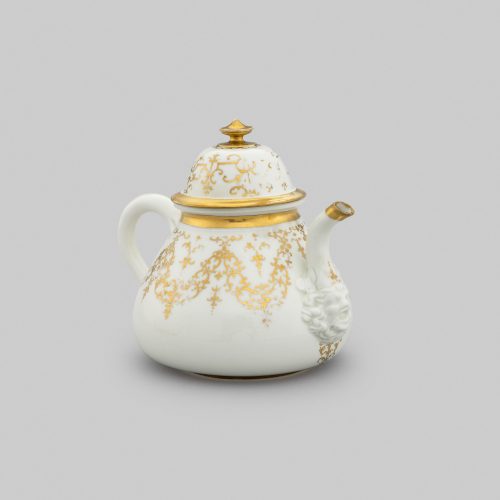 The secret of Chinese porcelain production was finally understood in Germany in 1708 and led to the growth of the European porcelain industry. The discovery of hard-paste porcelain is credited to the mathematician, physicist and physician Ehrenfried Walther von Tschirnhaus. Following his death, the alchemist Johann Friedrich Böttger began producing porcelain at the Meissen porcelain manufactory, where this teapot was created.

In the initial years of production, modellers at Meissen turned to Chinese examples for inspiration for its porcelain pieces, especially for tea wares. This flattened pear shape was one of the earliest teapot forms produced at Meissen, copied from Chinese export pieces and first produced in Böttger stoneware, as modelled by the court silversmith J. J. Irminger. The grotesque mask at the base of the spout however is European in origin and features on many Meissen teapots from the early years of production.

The gold decoration, one of the earliest decorative styles used by the manufactory, is attributed to Johann Georg Funcke, an independent Dresden gilder and enameller. Listed in the Meissen records as a gold and silver painter since 1713, his work is recognised for its simplicity, often in reticulated or foliate design in a modest style. 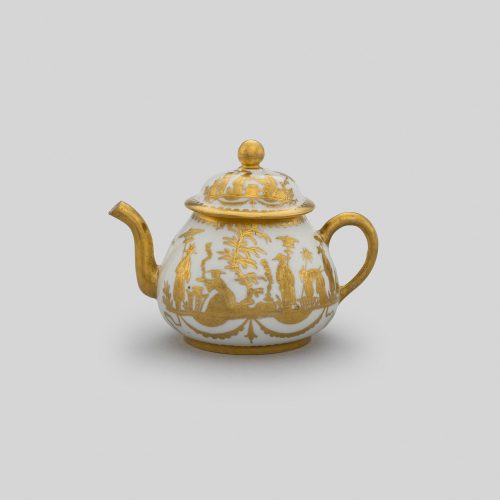 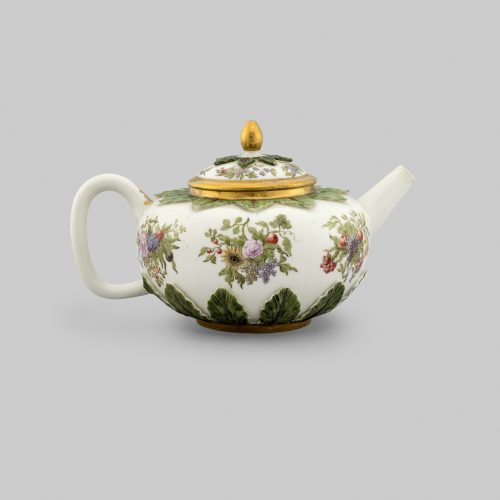