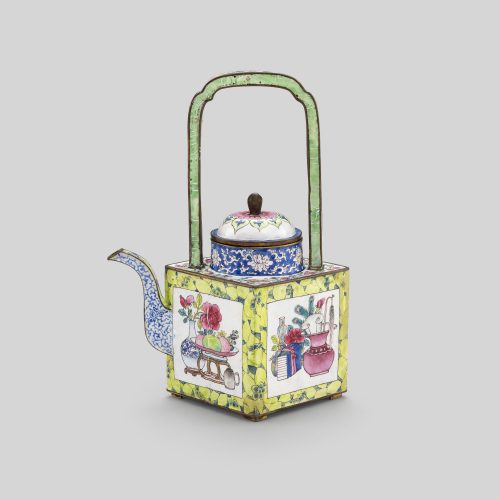 Metal vessels painted in enamels were first produced in Limoges (France) from ca.1470. The techniques were transmitted to Asia through the arrival of French Jesuit missionaries in the 17th century. In 1693, under Emperor Kangxi’s reign, specialised workshops were established in the Forbidden City to produce metal vessels finely painted in enamels for court use. Originally referred to in China as ‘foreign porcelain’ (yangci 洋瓷), vast quantities of enamelled metal wares for both domestic and export markets were produced in private workshops throughout Canton, from which the term ‘Canton enamel’ originates.

The brightly coloured decoration is achieved by covering the surface of the metal vessel with a background layer of white enamel paste which is then fired to fuse the materials. The surface is then painted in coloured enamels and fired once more. The decoration was often European in nature as a result of the influence of the French examples leading some examples to show caricatured figures and scenes. This teapot however, is decorated with auspicious objects and luxury goods known as the Hundred Antiques or Hundred treasures, objects emblematic in Chinese culture representing the Eight treasures, the Four treasures and the symbols of the Four Fine Arts. This example includes books as a symbol of learning, coral for longevity, an incense burner representing ancestral worship, peacock feathers denoting official rank, scrolls for calligraphy, painting and truth, flowers for beauty and harmony, a teapot for tranquility, vases as symbols of peace, a wine cup for rank and ancestral worhsip, a Rhinocerous horn cup for happiness, the Chinese Ruyi sceptre for authority, and bowls of fruit including a pomegrante, symbolic of many children. 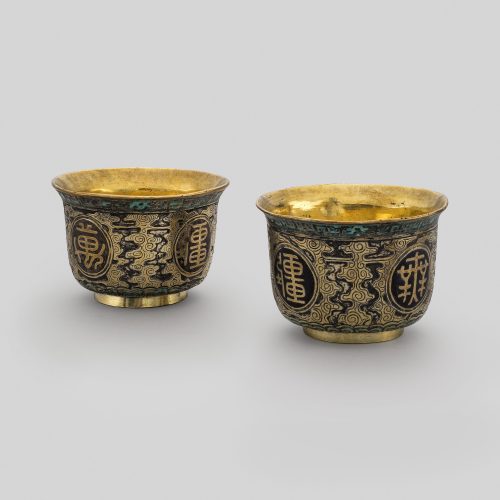 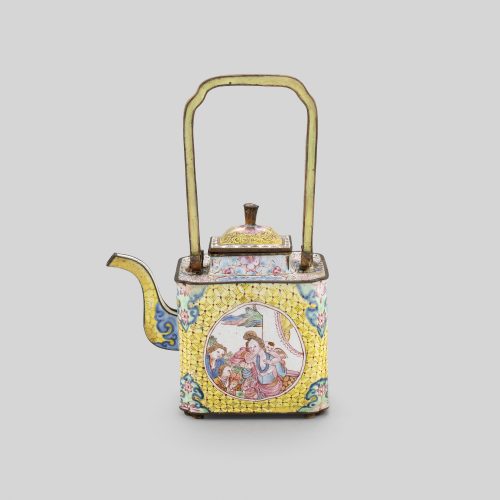 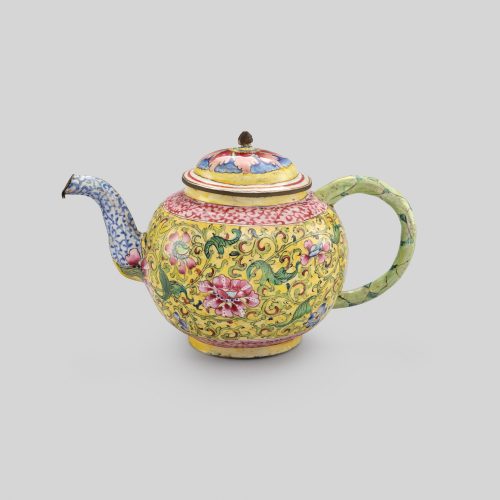