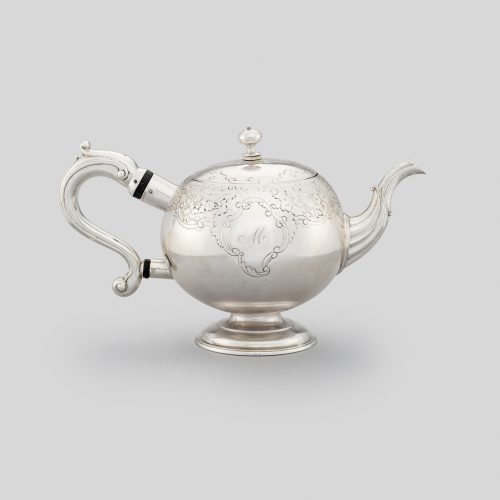 Tea came to Scotland at around the same time as England in the mid-17th century where, due to the high cost of tea leaves, tea drinking was initially only enjoyed by the very wealthy. This increasingly fashionable social custom created a demand for silver vessels made locally, creating a lucrative business for Edinburgh goldsmiths. As silver was exceptionally valuable and its design was dictated by contemporary fashions, silver teawares were an indication of wealth and social status. This is an example of a silver ‘bullet teapot’, so called because of its spherical body that supposedly resembles the round lead musket ball. This form developed from earlier pear-shaped examples. The spherical shape of this teapot and its raised foot are features that became synonymous with Scottish silver teapot design. Scottish bullet teapots were also characterised by their flat covers and restrained bands of engraved ornament.
James Ker was one of Edinburgh’s most prolific goldsmiths, creating teawares, trays and silver trophy vessels for the Leith Races, an important horse racing event. Born in 1700, he apprenticed to his father Thomas Ker at the age of 9, before becoming a successful businessman and an active participant in the affairs of the incorporation of Goldsmiths of Edinburgh. The earliest known sugar tongs made in Scotland (1731-2) bear Ker’s marks. 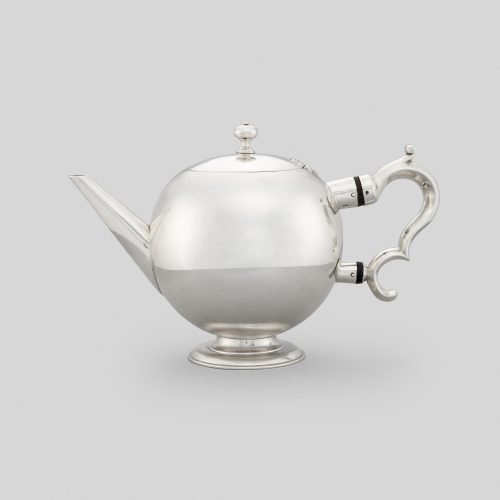 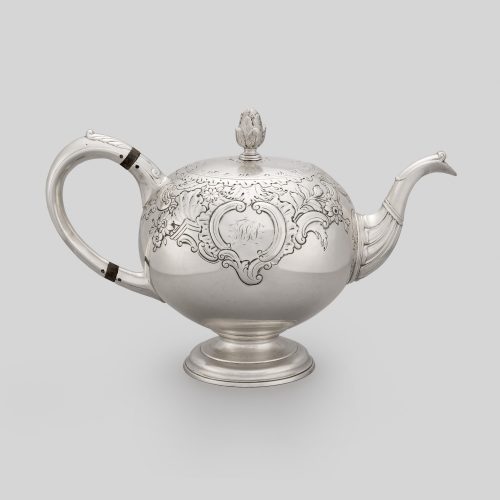 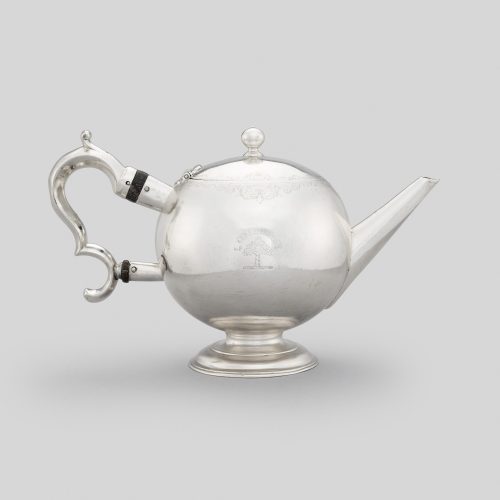