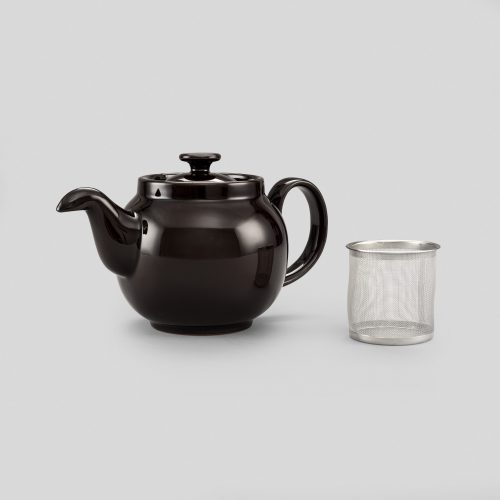 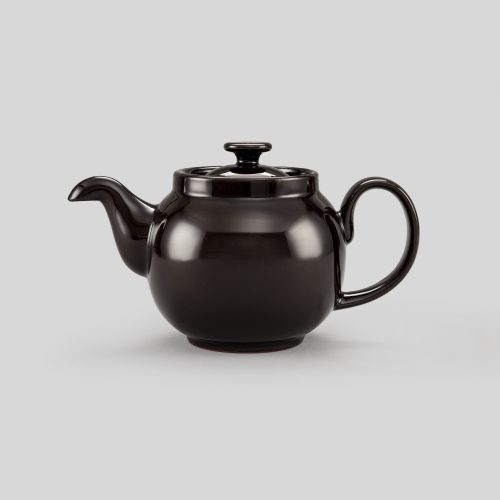 The history of the Brown Betty teapot dates back to the late 17th century when two Dutch brothers, John Philip and David Elers, utilised the deep red clays of Staffordshire to imitate expensive Chinese Yixing teawares which had become fashionable in Europe. Over the last 300 years, redware teapots have been produced by various Staffordshire manufactories, who merged new and original features to create a constantly evolving design. The Brown Betty’s most recognisable characteristics today are its rotund shape, thought to perfectly infuse tea leaves, a red Etruria marl clay body, and dark brown ‘Rockingham’ glaze which conceals any dribbles. The Brown Betty’s functionality and low cost gave way to its popularity and by 1926, approximately half a million Brown Betty teapots were being produced per week.

This Brown Betty teapot is a contemporary edition, ‘re-engineered’ by the British ceramicist Ian McIntyre. In a climate of imports and maximised profits, Ian wanted to anchor the Brown Betty in its Staffordshire roots and reappraise its value to British teaware production and history. Working in collaboration with Cauldon Ceramics, the oldest redware manufacturer in Staffordshire, Ian reintroduced design features which had been lost over time, like a ‘locking lid’ and a ‘non-drip spout’ first patented in the 1920s. New design details include a loose-leaf tea basket and a wider neck for practical stacking, added in response to the current tea-drinking market and with respect to the centuries of refinement the Brown Betty’s design has undergone. 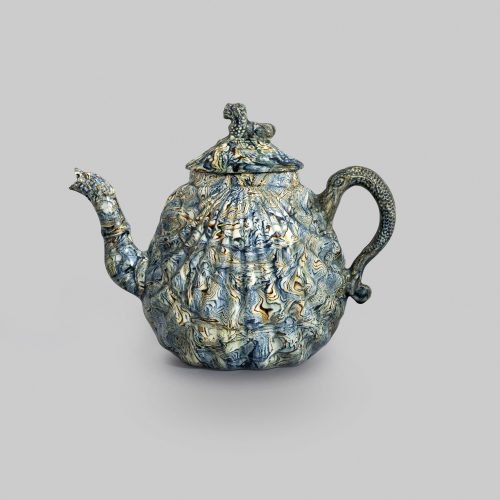