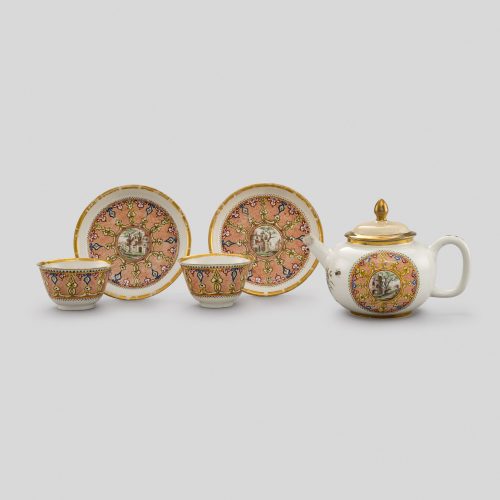 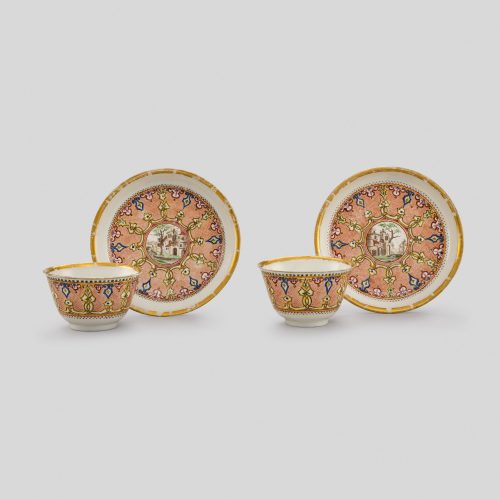 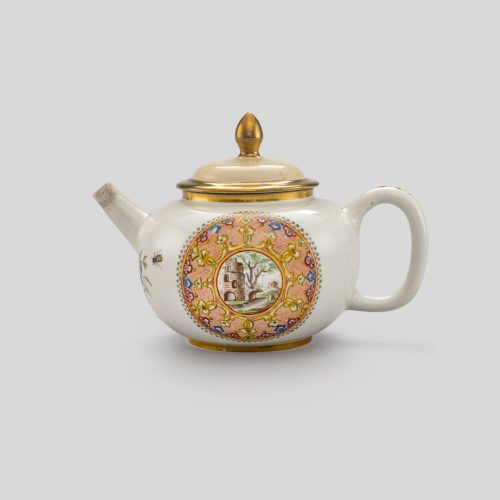 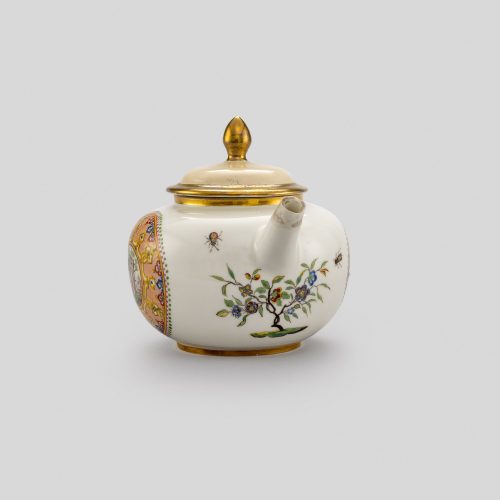 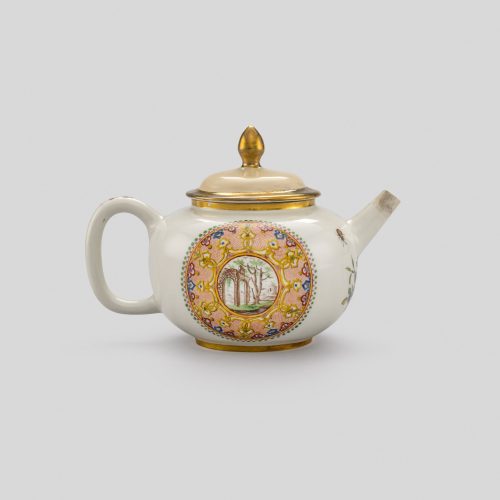 Although Chinese porcelain was imported into Europe since the late 16th century, it wasn’t until 1708 that the German alchemist Johann Friedrich Böttger was the first European to find the arcanum (secret) to producing true porcelain. After numerous attempts, Böttger was able to create the adequate mixture when he combined ground alabaster with local clays containing kaolin, the essential ingredient for porcelain’s whiteness. In 1710, Böttger founded the first European porcelain manufactory, Meissen, but a Dutchman known as Claudius Innocentus du Paquier quickly followed suit by luring some of Meissen’s key crafstmen to Vienna. Capitalising on the success of Meissen’s porcelain production, Du Paquier established the Vienna porcelain factory on 27 May 1718 under Imperial protection.

This hard-paste porcelain tea set is known as a tête-à-tête, a tea service for two people. It is uncertain whether the set was made by Meissen or Du paquier, as the tea wares are unmarked and Du Paquier often closely imitated Meissen’s forms and designs. In the early years of production, both manufactories often sold plain white porcelain wares to local decorators, known as Hausmaler (‘home painters’). Although their work is often recognisable by their use of enamels colours and decoration, most hausmalers sold the finished, decorated and unsigned pieces back to the manufactories, making it difficult to determine where the pieces were made or who decorated them.
The saucer wells are painted with picturesque scenes of a country village within medallions, surrounded by elaborate strapwork which also features as a decorative scheme on the tea bowls. 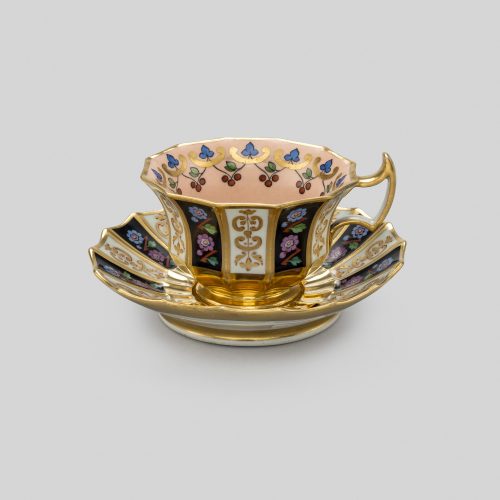 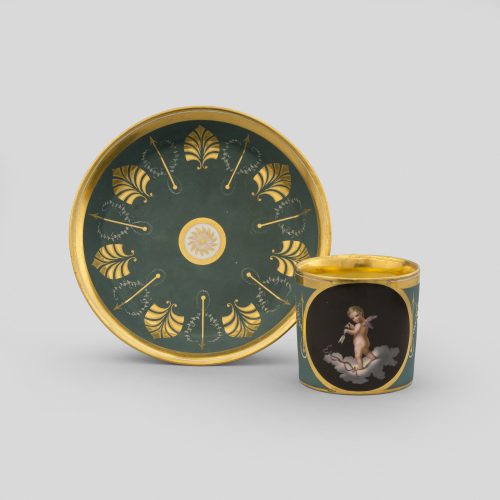 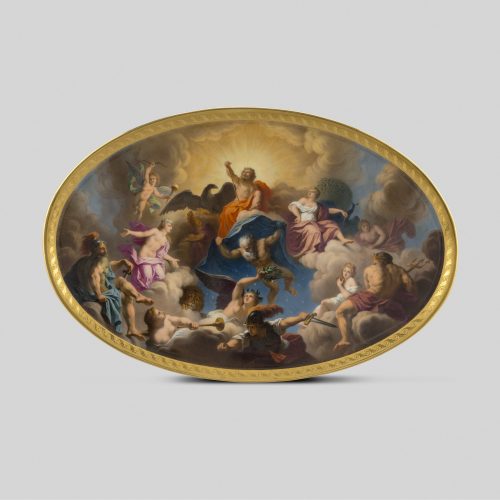