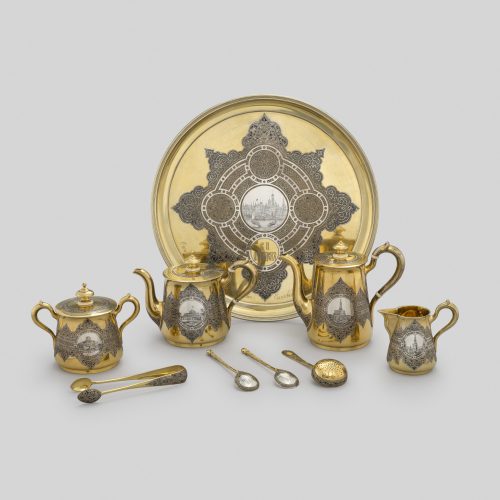 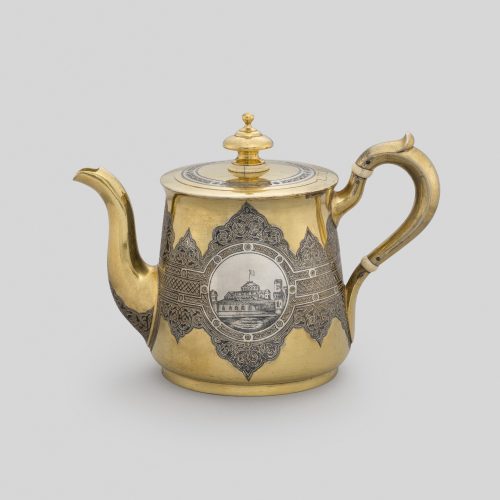 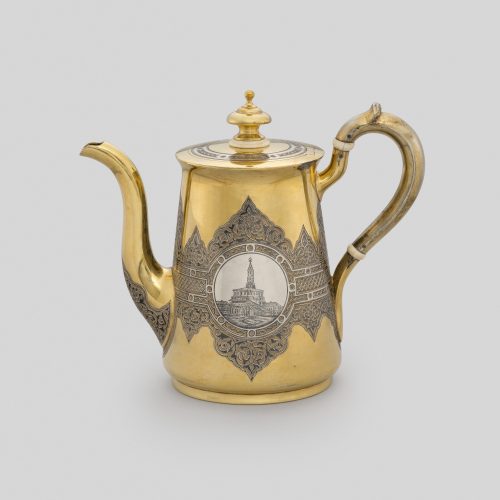 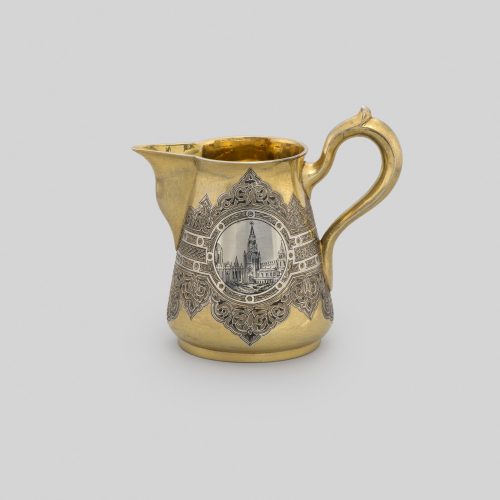 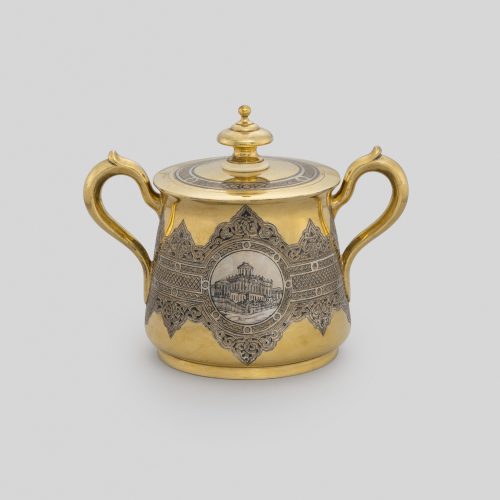 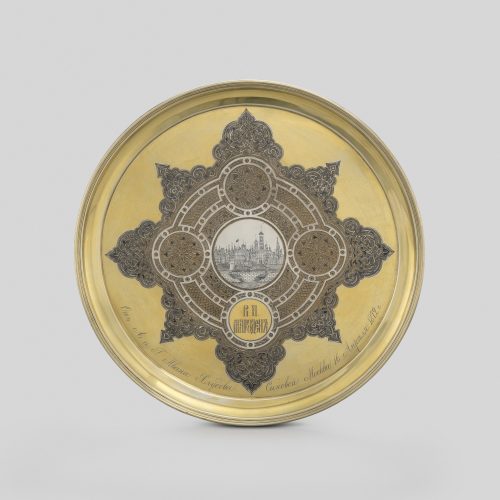 This tea set, the maker of which is unknown, comprises a large tray, teapot, coffee pot, sugar bowl, milk jug and utensils. It was retailed by the firm of Ovchinnikov which was founded in Russia in 1853 by Pavel Ovchinnikov, a former serf. His company became the most important manufacturer of silver and enamel wares in Russia after Fabergé. By 1873 the firm had 173 employees and had established its own school for the training of young craftsmen. Ovchinnikov experimented with traditional techniques of applying enamel and niello. This tea set is decorated using the niello technique which was first developed during the medieval period. Niello is created when a mixture of silver, lead, copper and sulphur, which has a low melting point, is used to fill incised patterns on silver, creating a dramatic contrast. Each piece in this set is decorated with depictions of different Moscow landmarks, including the Kremlin and Pashkov House, which was fashionable for niello decoration during the second half of the 19th century. The tray bears a dedication engraving in Cyrillic, ‘To V.A. Marzden/ From A. and G., the sons of Ivan Khludov, Moscow, 16 April 1872’. 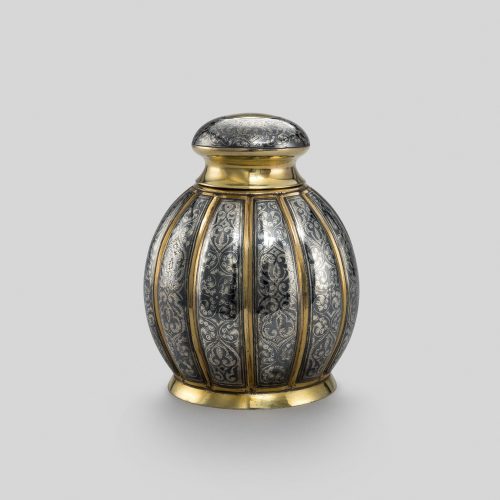 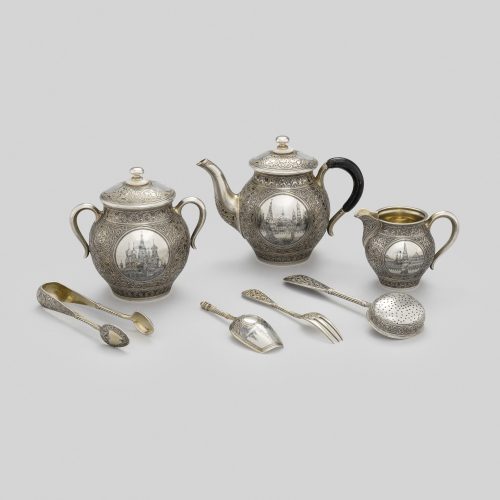 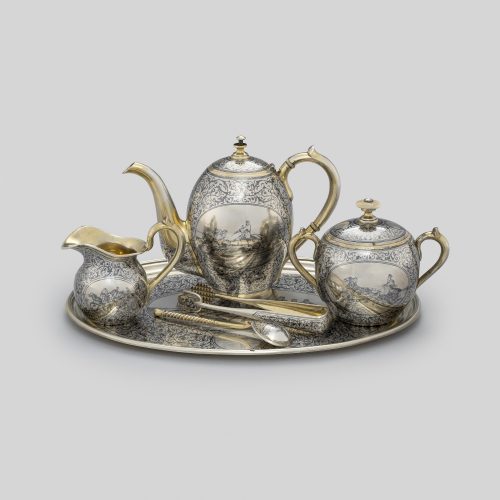