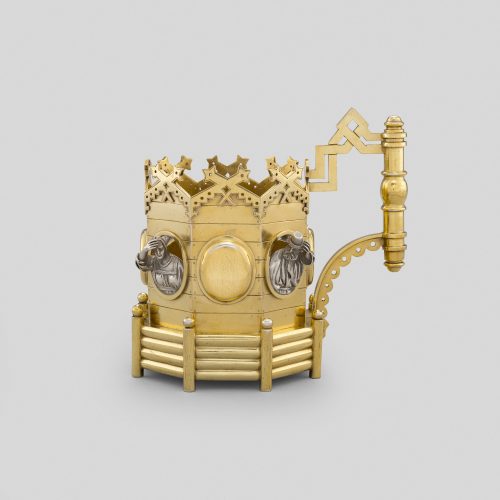 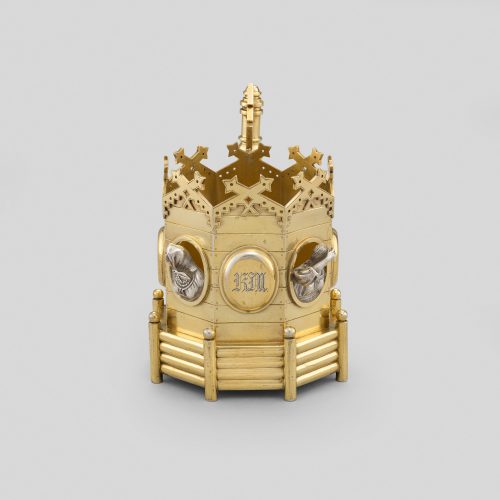 Though members of the Russian aristocracy were familiar with the delicate porcelain services from China and Europe, porcelain was considered more appropriate for women and less so for the male-dominated teahouses which emerged at the turn of the 19th century. Here, tea was served in tall glasses (stakan) which were placed in metal holders (podstakannik) to insulate the heat emanating from the tea. These practical utensils quickly became appreciated as decorative objects which took dozens of shapes drawn from Russian life and history. As a significant tea culture gradually emerged across all segments of Russian society, teaglasses and decorative holders soon became associated with Russian hospitality and chai-pitie, tea-drinking gatherings for family and guests.

This tea glass holder is cast and parcel-gilt to resemble an izba, a log dwelling traditional to rural Russia. Four men and women in peasant’s clothing peer out of roundels on some of the facets, while the decorative rim is pierced and engraved to resemble carved wood cresting. 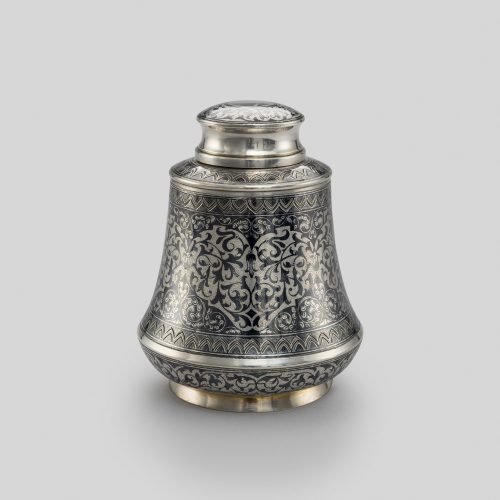 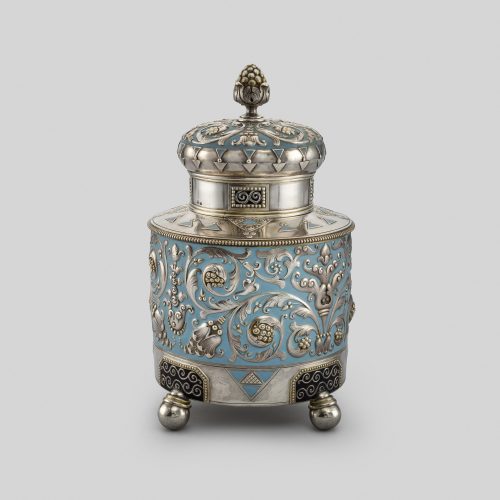