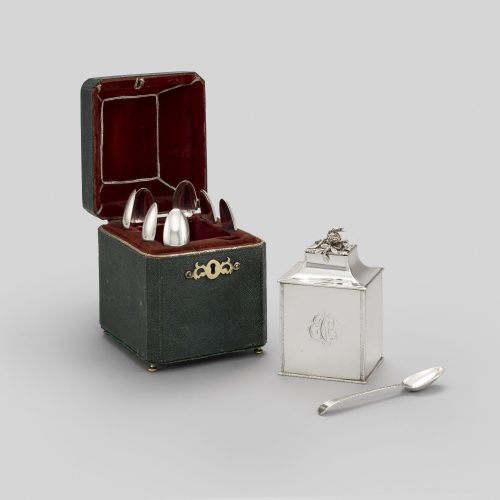 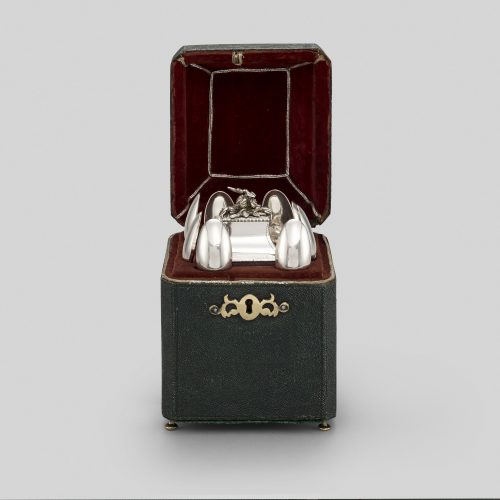 From the early 18th century, tea canisters were often supplied ensuite with a strainer spoon, teaspoons or sugar nips, contained in a box equipped with a lock and key. This example, probably dating from the 1760s, retains its original sharkskin (or shagreen) velvet-lined box and matching set of eight teaspoons. From the late 17th century teaspoons became an important part of tea equipage and were used for removing tea leaves from the cup and to stir in sugar, which was added to tea soon after its arrival in England. Once used, they would be placed on a spoon tray (see CCN 1409) or positioned across the tea cup or bowl to signify that the drinker did not wish it to be refilled.

John Langford II and John Sebille were plateworkers, working in the parish of St. Martin le Grand in London. Up until 1770, when they were declared bankrupt, they produced a wide variety of quality domestic silver. Two silver-gilt canisters, of similar shape to this example, made by Langford and Sebille for George III or Queen Charlotte survive in the Royal Collection. 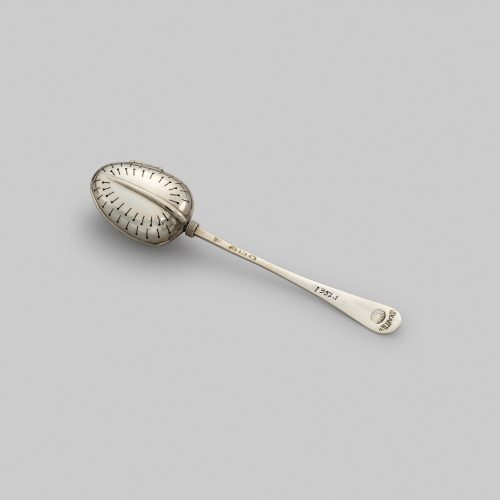 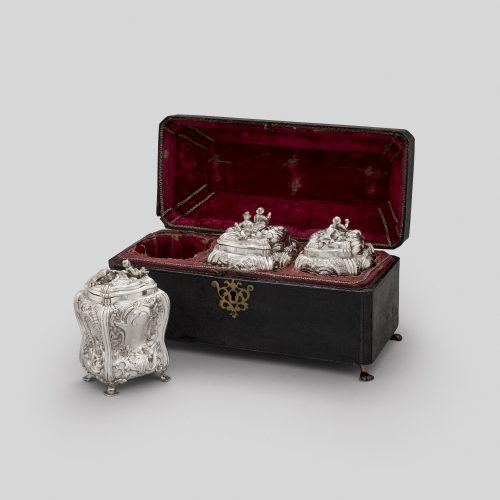 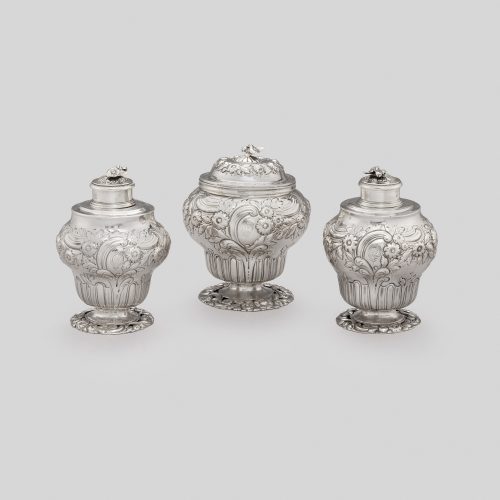