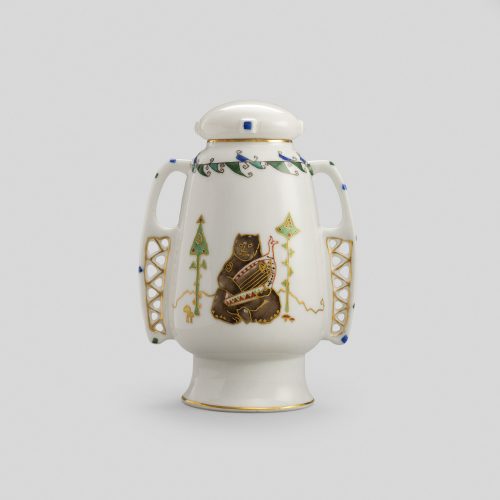 The Kornilov Factory was established in St. Petersburg in 1835 by Maria Vasilievna Kornilova, on the banks of the river Neva. Management of the factory passed to her five sons, with Mikhail Kornilov becoming the sole owner in 1869. Known for its high-quality porcelain and vibrant enamel colours, the manufactory used far more advanced equipment compared to other Russian outputs, hiring skilled workers and commissioning popular artists to contribute to designs. The quality of its pieces was recognised in 1839 when Kornilov was awarded a gold medal at the Moscow Ceramic Exhibition and allowed to use a state emblem of Russia as part of its mark, with orders received from the Imperial Court as a result.

One of the well-known artists who designed for the manufactory was Ivan Gal’nbek (1855-1934), a designer, architect and art historian, who took inspiration from Russian art, often drawing on the forms of traditional Russian metalwork to create new designs. Latticework handles, such as on this example, feature on many of his pieces, though he was best known for his bear and horse-shaped handles. His painted designs typically feature stylised images of animals in Russian landscapes, such as a brown bear which on this caddy, is depicted amongst stylised pine trees and playing a gusli, a traditional Russian stringed instrument. 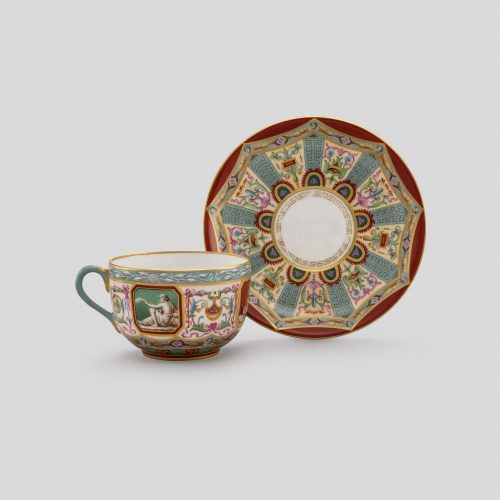 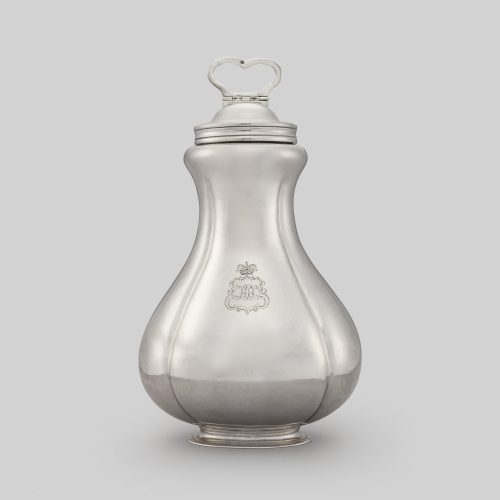 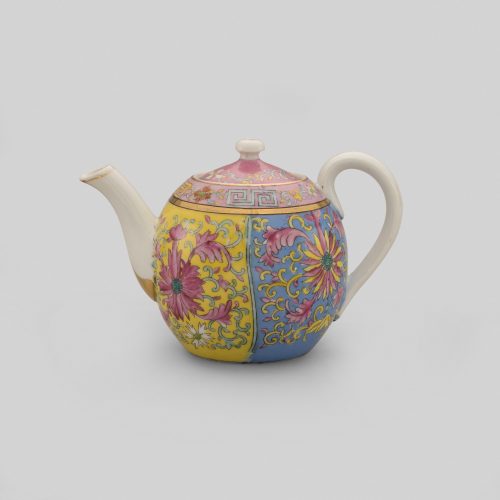