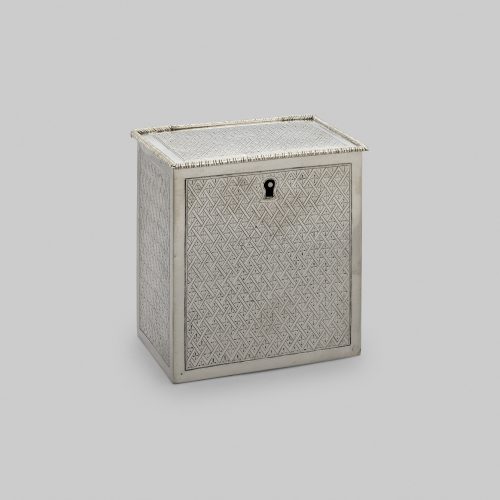 Tea first arrived in the Netherlands in 1610, although its high cost meant that it was only available to the privileged few, who typically drank green tea infused with saffron. Initially appreciated for its medicinal properties, tea drinking was a fashionable social activity by the 18th century, becoming a relatively widespread custom.

This tea caddy was produced in 1777 by Cornelis Johannes van Straatsburg (1723-1803), a silversmith based in Utrecht. The engraved latticework pattern interposed with crosses is similar to a popular design produced by the English silversmith Edward Wakelin in 1752, of a continuous pattern of rosettes within trelliswork, and was reproduced many times. With the close connection between the two countries and the fashion for more restrained decoration remaining in the Netherlands throughout the 18th century, these plainer styles were hugely influential on Dutch silversmiths with identical-looking pieces produced for Dutch and British consumers. These more moderate designs, with incredibly fine engraving, permeate Dutch silver, the banded rim on this caddy a feature that remained fashionable, and included on silverware produced throughout the period. 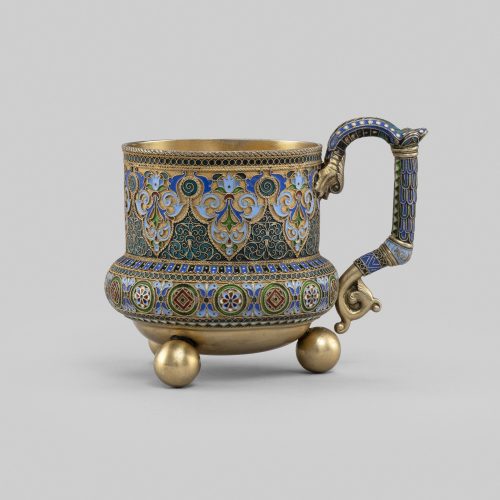 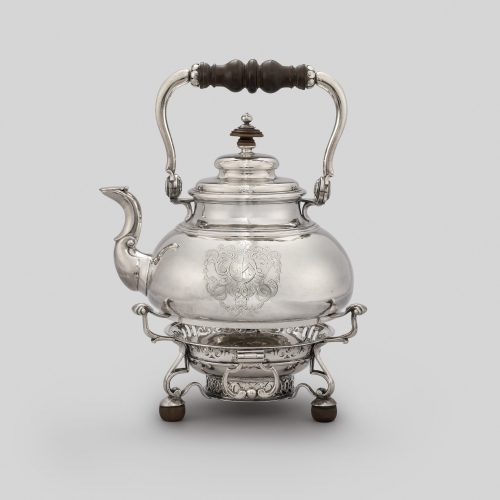 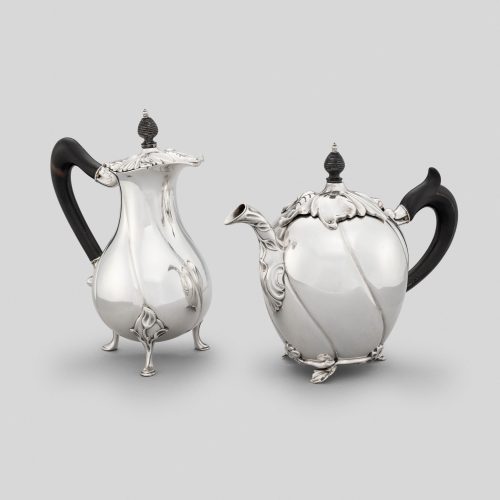