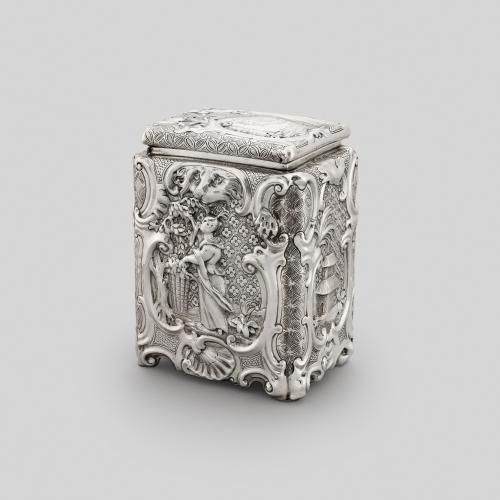 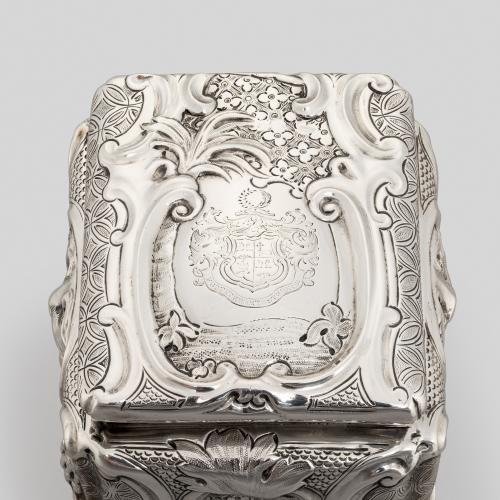 This caddy by Joseph Angell is chased in relief with scenes depicting Chinese tea-pickers, pagodas, scrolls, shells, lion masks and engraved panels of stylised leaves, motifs which are typical of both the chinoiserie and rococo styles. The chinoiserie style, which became fashionable from the 17th century, took its inspiration from the art and design of China and Japan and was considered to be especially appropriate decoration for teawares on account of tea’s Chinese origins. It remained fashionable in the 19th century, largely as a result of the expansion of British diplomatic activity and trade in China in the 1850s and 1860s and the re-opening of Japan to Western trade.

The caddy was later engraved with a mock coat of arms on the lid to add interest and value. 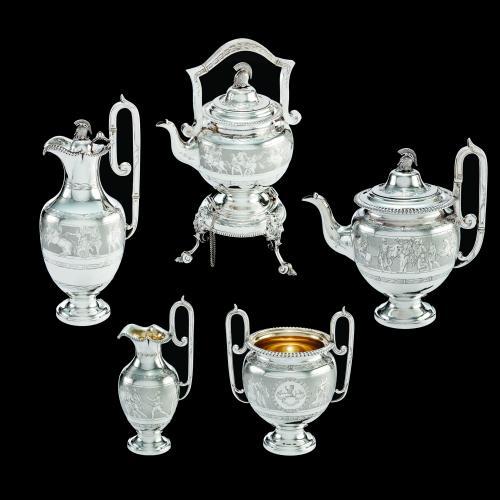 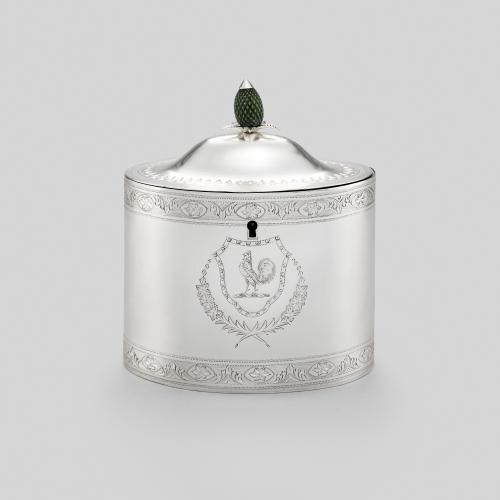 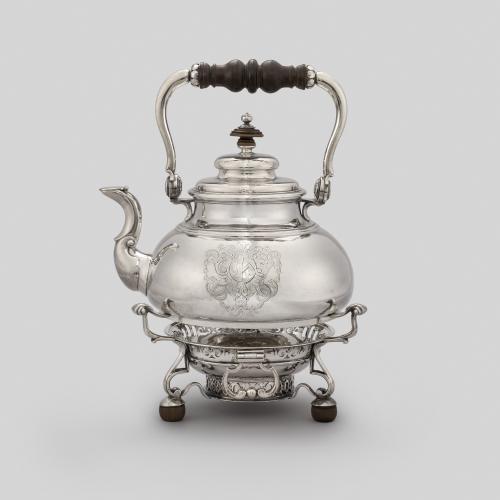