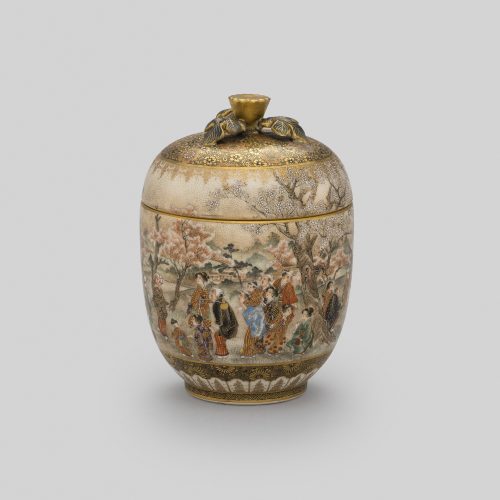 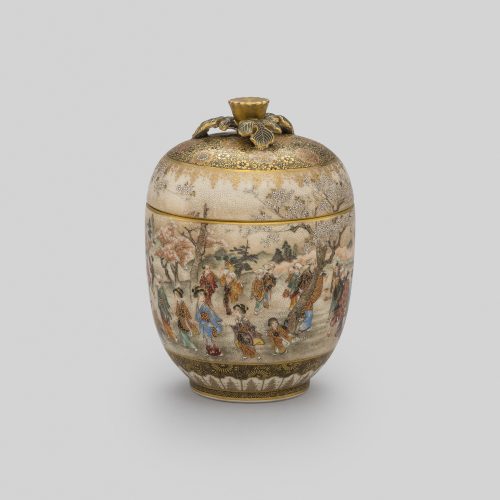 During the Meiji period (1868-1912), when this tea box was created, Japan was taking advantage of the new trading links with the West that were being established after the end of almost two hundred years of seclusion. As a result, enthusiasm for Japanese art and crafts, known commonly as Japonisme, became widespread and had a profound effect on Western art and design. At the Exposition Universelle in Paris in 1867 the Japanese pavilion featured 145 exhibitors, including a large display of objects from Satsuma, the southernmost of Japan’s four main islands. Following the success of the exhibition, Satsuma wares, that are characterised by intricate painted decoration, were exported on a large scale to Europe and America.

This cylindrical tea box is finely painted in enamels and gold with figures enjoying the hanami or cherry blossom festival in the spring. Beautiful women, or Bijin, are dressed in elaborately patterned kimonos and both young and old appear immersed in the beauty of nature. Depictions of everyday life were commonly found on Satsuma wares. These scenes did not attempt to depict the true reality of life in Japan, but to provide a traditional illustration of Japanese culture that would have appealed to Western taste. Seikozan is one of the most celebrated potters from Kyoto who decorated his work with such scenes. 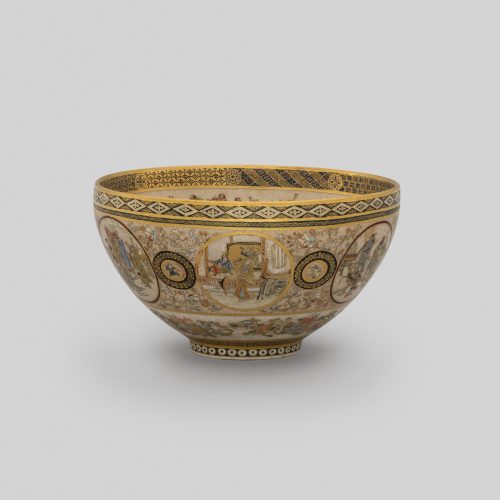 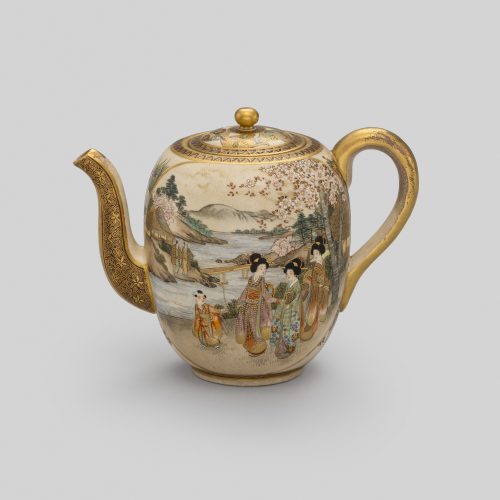 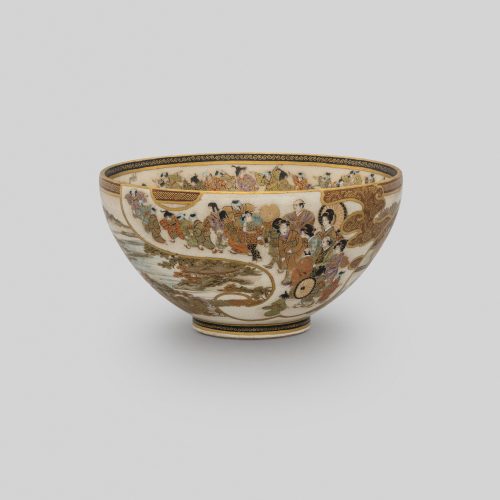