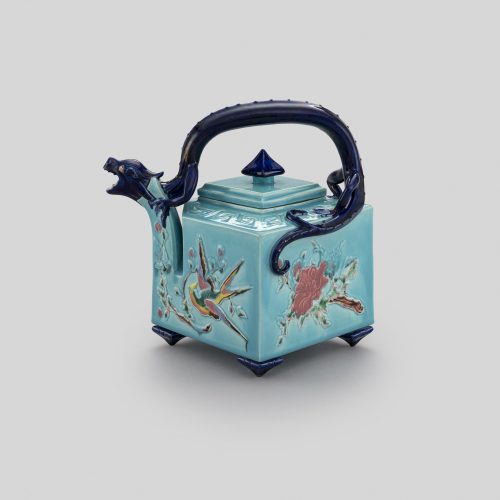 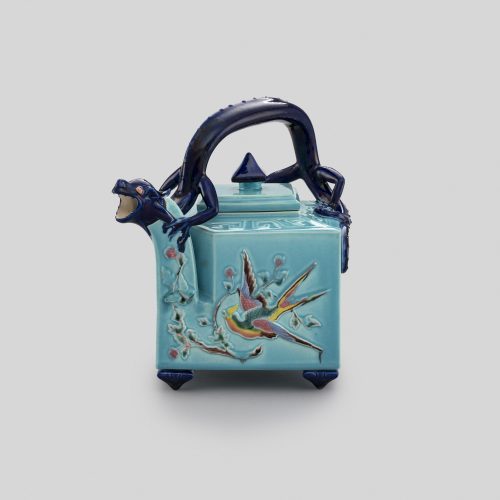 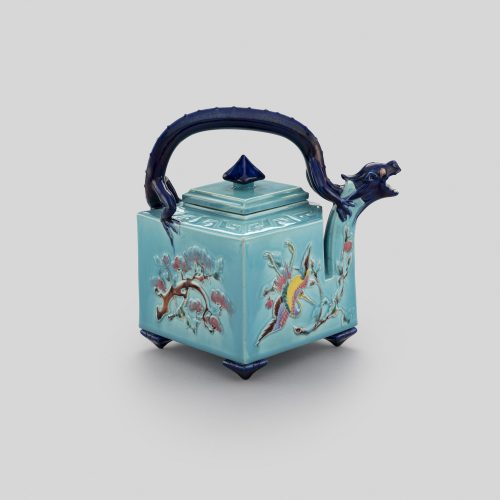 Founded in the 1750s, the Royal Worcester factory became one of the most renowned British ceramics manufactures of the 19th century. Royal Worcester played an important role in the development of the ceramics industry by experimenting with glazes, forms and decoration, producing domestic wares and ornamental pieces for a British clientele eager to display newfound wealth and taste.

This piece is embellished with dragons, phoenix and prunus blossom, demonstrating the lasting influence of East-Asian design on English ceramics in the second half of the 19th century. The teapot’s surface is covered in a lead glaze, the effect of which was thought to be similar to 15th century Spanish and Italian maiolica ceramics that were being rediscovered by Victorian museums and collectors. The model for this teapot was designed by James Hadley, one of the factory’s most renowned designers, and was most likely very fashionable at the time as a similar example can be seen in James Tissot’s painting ‘Holyday’ (ca.1876), in Tate Britain (N04413). 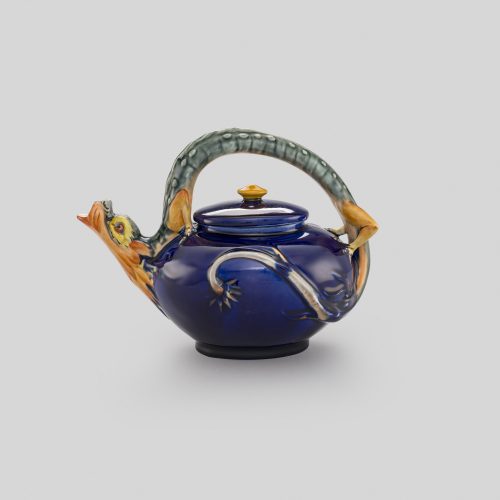