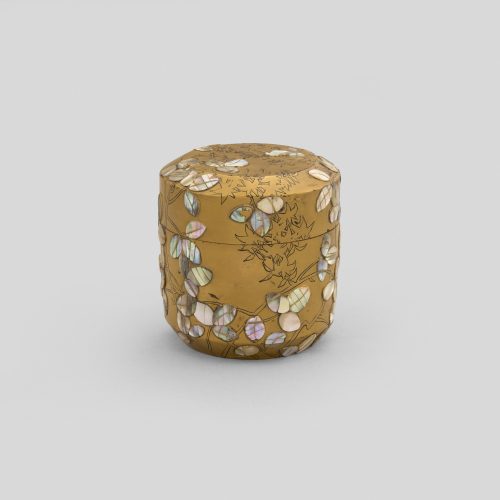 The Japanese tea ceremony (chanoyu) has evolved gradually from a variety of tea drinking practices that became formalised through the influence of Buddhist thought, with each tea utensil playing an important role. This tea caddy is known as a natsume caddy because its shape resembles the jujube fruit (natsume in Japanese). They are used to store matcha for the preparation of usucha, or ‘thin tea’, which is prepared using only one third of the normal amount.

The lacquer and decoration is in the style of Ogata Kōrin (1658-1716) a Japanese artist regarded as one of the masters of the Sōtatsu-Kōetsu school of decorative painting, and pioneer of the Rinpa style. Literally meaning ‘School of Kōrin’, Rinpa is characterised by naturalistic motifs, the use of expensive minerals, and the incorporation of calligraphic styles of brush techniques. Kōrin’s work was extremely influential on the craft with design prototypes and manuals being used as a basis to create pieces in homage to the artist’s name. The style itself was originally founded in Kyoto by the artist and calligrapher Hon’ami Koetsu (1558-1637) and the painter Tawaraya Sotatsu (ca.1510-ca.1640). It then experienced a series of revivals, the first and most formative by Kōrin, then Sakai Hoitsu (1761-1828) and finally by Kamisaka Sekka (1866-1942).

This natsume is decorated in gold takamaki-e and inlaid mother of pearl depicting bush clover, an autumnal plant associated with unrequited love. The interior incorporates a Rinpa-style stream decoration and bears the inscription ‘Korin’ on its base, after the artist that inspired the piece. 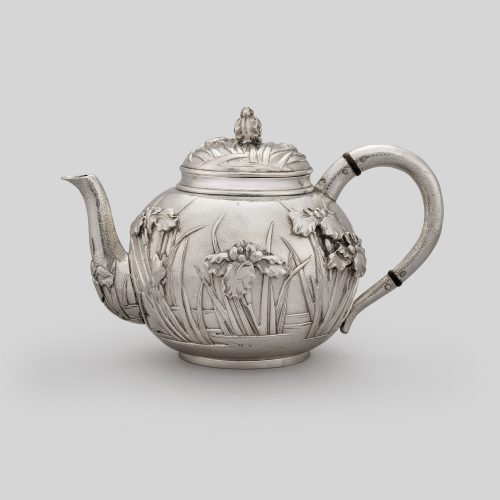 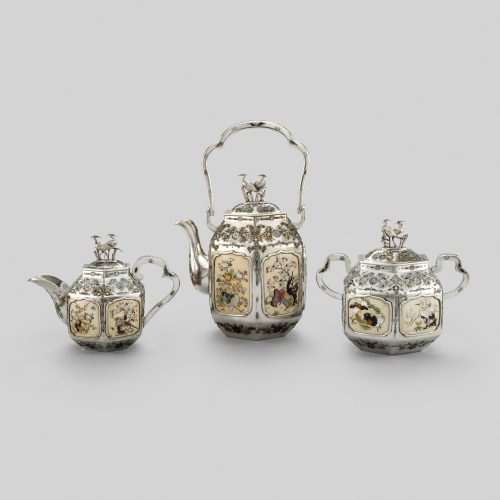 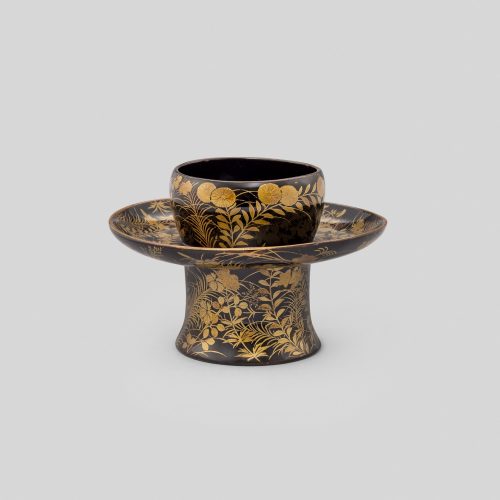