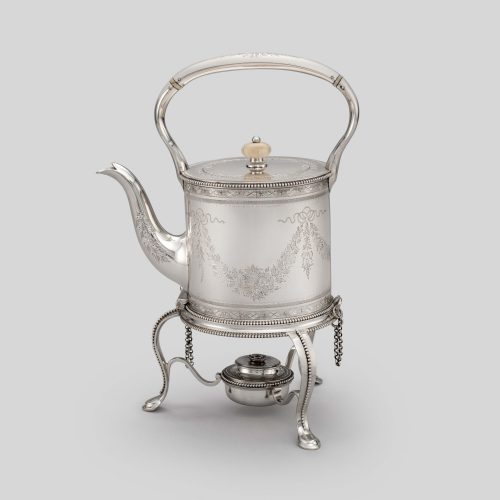 This Victorian kettle is decorated with a bright-cut engraved design of floral festoons, or garlands. This method of engraving was most frequently used by English silversmiths and became fashionable in the late 18th century. A series of cuts of varying steepness are made into the metal that causes the exposed surfaces to reflect light and give an impression of brightness. This kettle was made by London silversmith Richard Sibley but retailed by F. B. Thomas & Co. with whom Sibley had close links during this period. 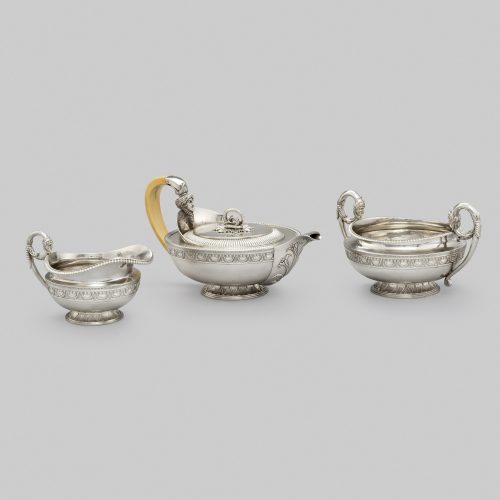 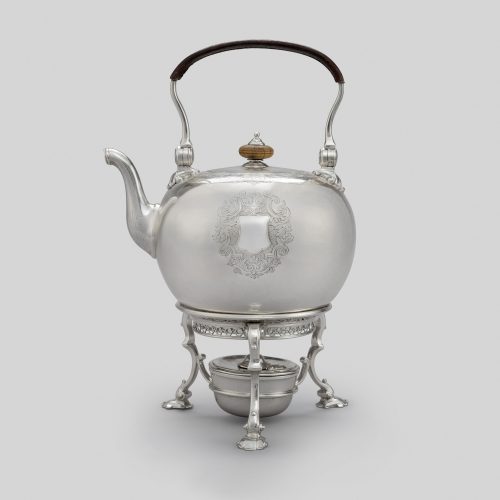 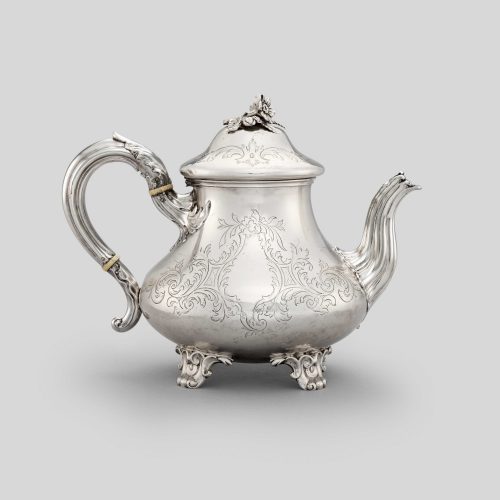