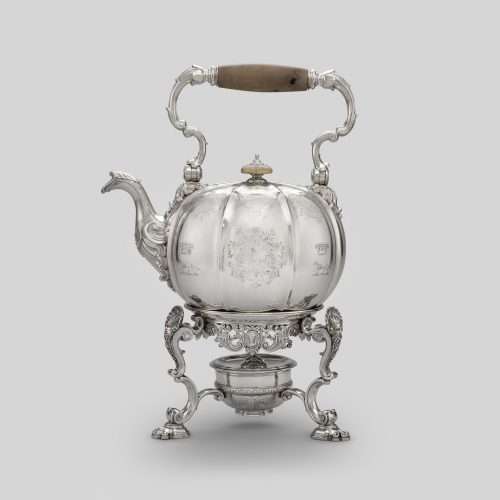 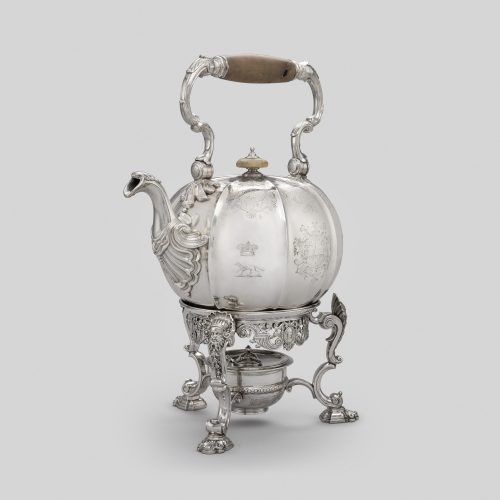 Silver kettles first appeared at the end of the 17th century and served to replenish empty teapots, which were small at this time. To keep the water hot, they were supplied with stands fitted with a spirit burner that warmed the underside of the kettle, allowing the silver to act as a heat conductor. The handles were usually made of wicker or wood, or with ivory disk inserts that provided insulation from the boiling water. Due to the weight of a full kettle, they were positioned next to the tea table on a stand and used with the assistance of a servant. As such a large and impressive silver item, kettles became a focal point of the tea ceremony and an obvious expression of wealth.

This kettle bears the mark of Charles Kandler, a leading London gold and silversmith originally from Dresden. His work is characterised by the use of French rococo decoration in high relief and three-dimensional forms, leading to some speculation that he was connected to the Meissen porcelain modeller with the same name. Although early silver kettles were plain in form and decoration, this kettle demonstrates that Kandler followed the latest fashions for ornate shapes and styles. Modelled in the shape of a melon, this kettle would have conformed to the contemporary taste for naturalistic forms.

The engraved arms on this kettle are for Sir Charles Abott, 1st Baron Tenterden (1762-1832) and his wife Mary, daughter of John Lagier Lamotte of Grotto House, Basildon, whom he married in 1795. Lord Tenterden was the son of a Canterbury hairdresser who was educated at Kings School Canterbury, and whose trustees paid for his Oxford University education. He became a respected barrister and judge and was created a peer in 1827. 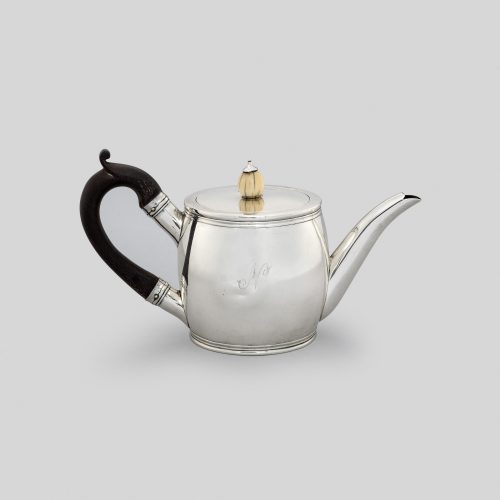 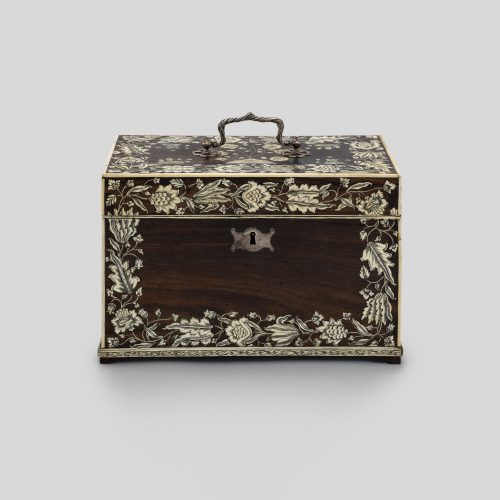 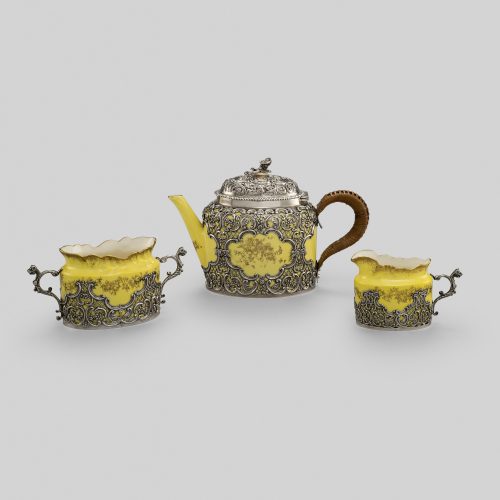