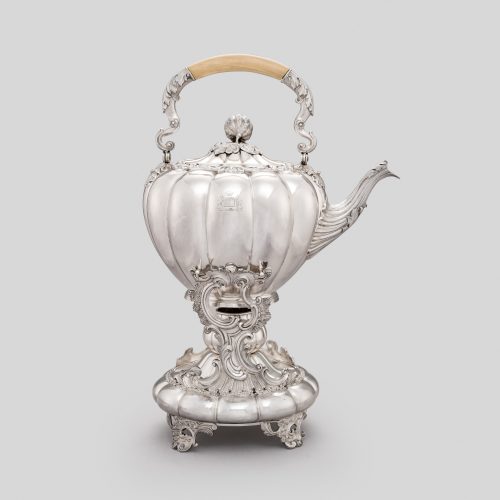 Silver kettles first appeared at the end of the 17th century and served to replenish empty teapots, which were small at this time. To keep the water hot, they were supplied with stands fitted with a spirit burner that warmed the underside of the kettle, allowing the silver to act as a heat conductor. As such a large and impressive silver item displayed on the tea table, kettles became a focal point of the tea ceremony and an obvious expression of wealth.

This silver kettle was made by François Durand, goldsmith to the Duc D’Orléans, who rose to prominence under the French silversmiths Jean-Baptiste-Claude Odiot and Jacques-Henri Fauconnier. Durand presented his silver ware in French expositions throughout the early 19th century and at the Great Exhibition in London (1851), where he showcased a 17-piece tea set noted by John Tallis in his history of the exhibition as ‘the greatest compliment ever yet paid to England’s favourite beverage’ (Tallis, 1852). The coat-of-arms on this kettle include the motto ‘Potius Mori’, the literal translation of which is ‘rather die’, likely taken from the Latin motto ‘Potius mori quam foedari’ for ‘death before dishonour’. Although the marital arms for the wife are unknown, the husband’s on the left belong to the seigneurs d’Esch in Luxembourg. 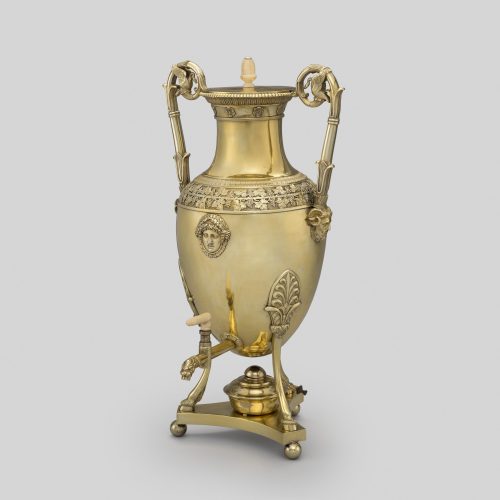 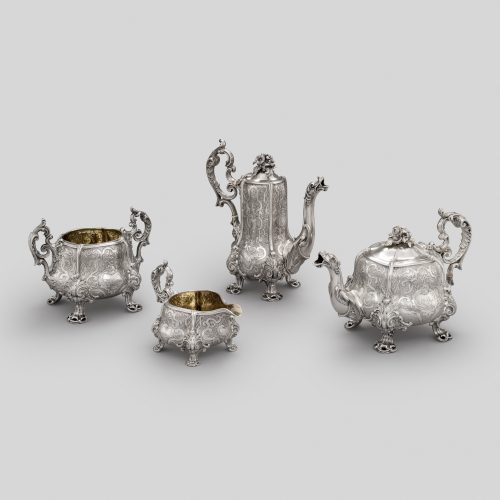