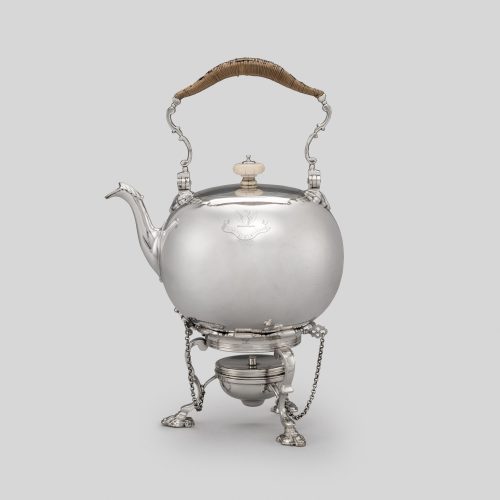 This silver bullet-shaped kettle is engraved on the body with a crest and the motto ‘Viret in Aeternum’ (It Flourishes Forever). This was the motto of the 13th Hussars, previously the 13th Light Dragoons, a cavalry regiment of the British Army which was established in 1715. The 13th Hussars’ most famous battles included Waterloo in 1815 and the ill-fated Charge of the Light Brigade in 1854. Made in 1875, it seems likely that this kettle was owned by a later member of the regiment or an individual who wished to celebrate their military endeavours.

The firm of Charles Stuart Harris & Sons. is said to have been established by John Mark Harris, a spoon maker, in 1817. In around 1852, Charles Stuart Harris took over the firm and by the 1870s, when this kettle was made, the business had expanded into a major manufacturer of a range of silver and silver-plated wares. 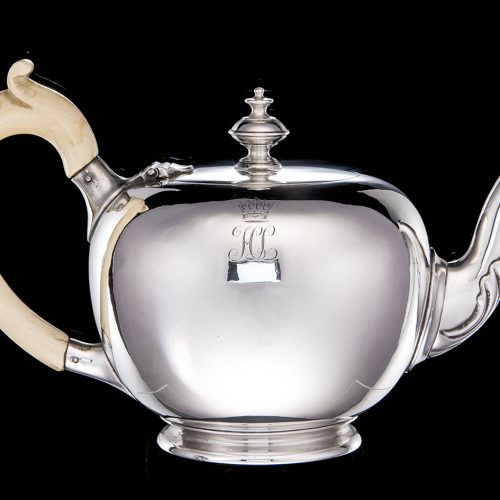 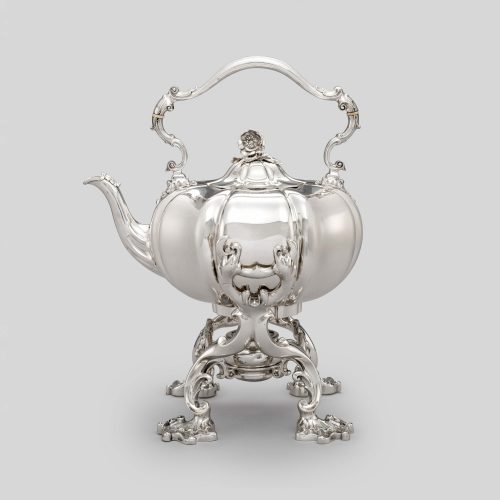 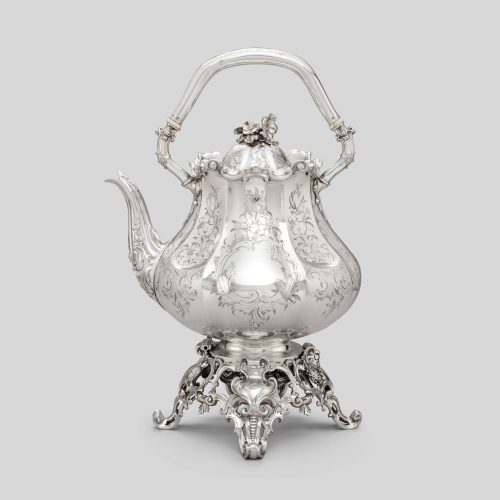