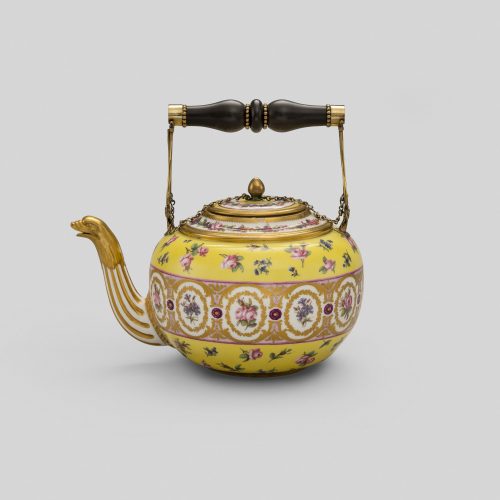 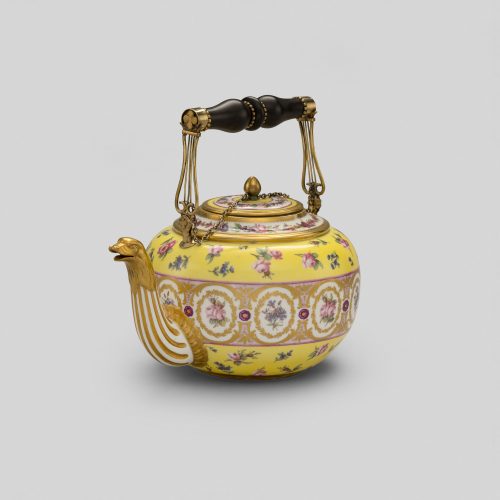 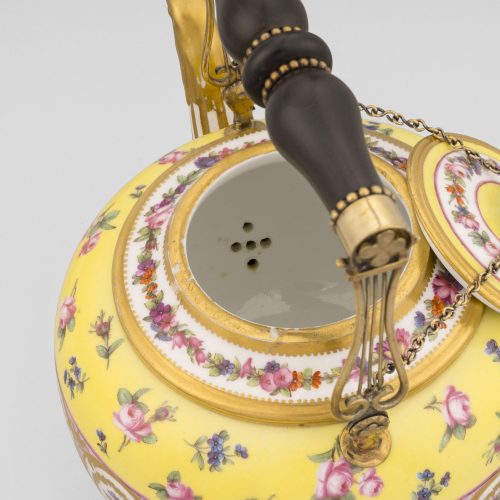 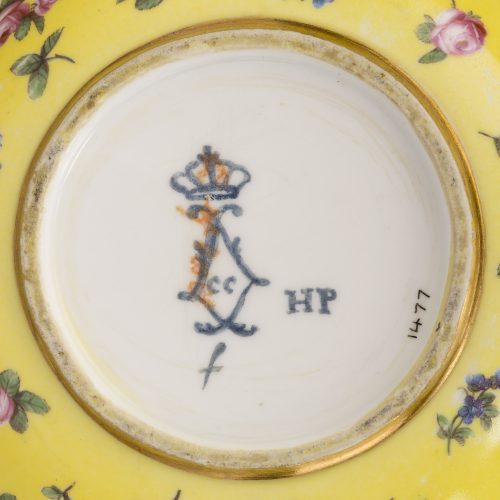 The bouillotte, or water kettle, is one of the least known styles produced by the Sèvres manufactory, largely due to the limited examples that survive. Sèvres’ accounts record 89 being produced of which only 12 are accounted for today, 2 of these being cared for by the Chitra Collection. They vary widely in their decorative styles from Chinoiserie, exotic birds and floral ornament, to gadrooned borders and Etruscan style gilding. First produced in 1774, it is thought that the form is based on silver prototypes with the dolphin head spout also found on silver examples. The model was produced in two sizes until 1783, varying in price from 120 livres to 360, and all in hard paste porcelain. Its limited success is attributed to its function as a tea kettle, a form considered to have a limited appeal to its customer base, with no stand or burner surviving to suggest how the liquid was kept warm. Those that were produced however, all involved the best painters and gilders that worked at Sèvres, and utilised mounts that were either silver, silver gilt, or gold.

The rich yellow enamel ground was initially difficult to produce with earlier experimental attempts much paler, as Sèvres sought to emulate the yellow wares produced by the Saxon Royal Porcelain Manufactory at Meissen, as early as 1751. This example was painted by Étienne Evans, active from 1752 to 1806, who specialised in ornithological decoration and was responsible for painting the dinner service commissioned by the Prince of Rohan. Little is known about the other contributors to the piece, the gilder Henri-Martin Prévost, and a Monsieur Grandin to whom the lyre style handle is attributed. 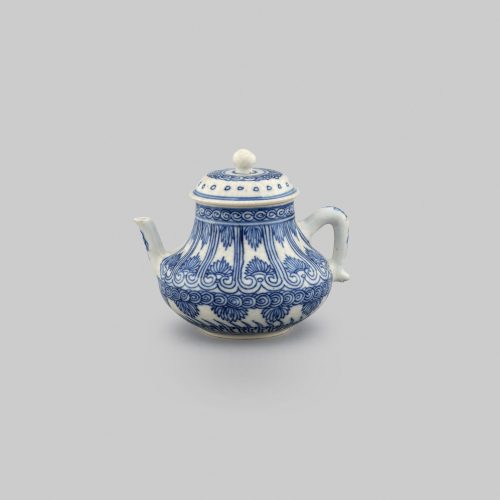 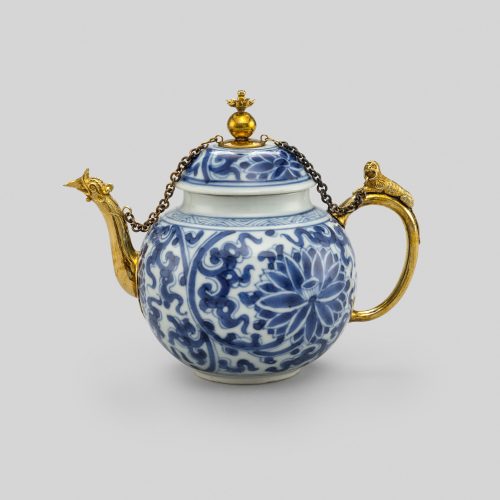 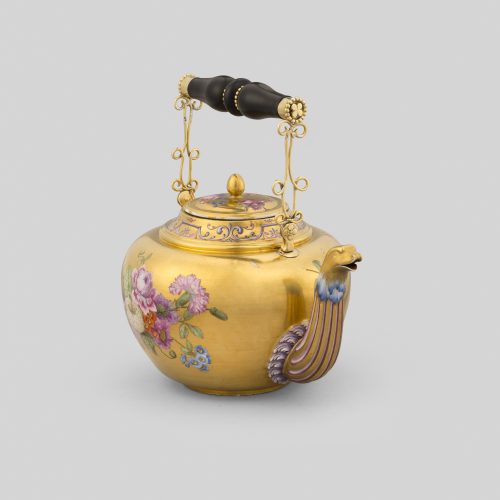