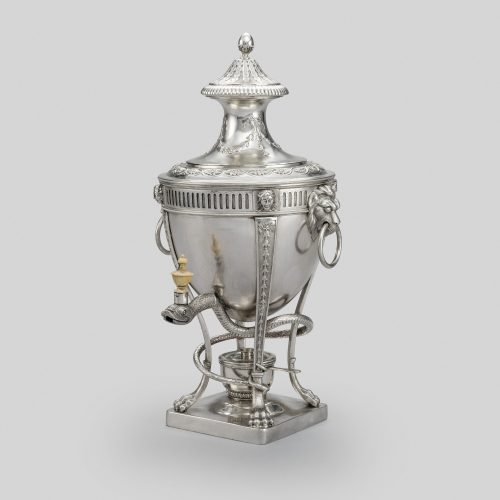 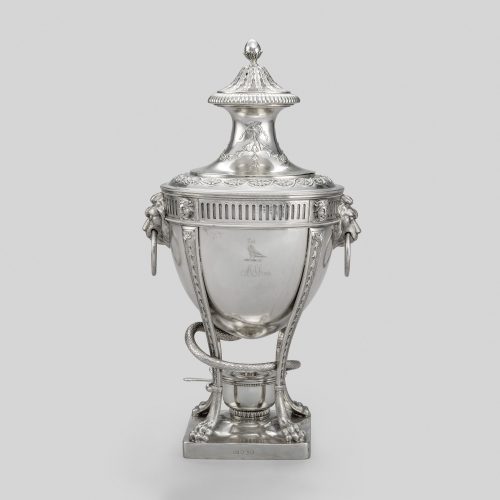 Hot water urns were produced in England from the 1760s to make serving tea more convenient for the hostess. Urns eliminated the need to lift a heavy kettle; simply turning the tap drew hot water. Their inner workings were more complex and the assistance of a servant was still essential. To heat the water, charcoal was kept in a perforated silver container placed at the base of the urn. From the 1770s a heated iron plug was used instead and inserted into a copper tube that was soldered into the centre of the urn. When used in a drawing room with company, large silver urns were an obvious expression of wealth and taste. They were usually positioned on a specially designed urn stand that had a pull out drawer or slide on which the teapot was placed.

Chinese silver was inexpensive compared to the highly refined works of English silversmiths and it was common for old silver to be brought to China to be melted and transformed into new pieces. Lin Chong, the maker of this hot water urn, was a Chinese silversmith based in Canton. This piece was originally made for use in the English Factory in Canton, or for an English or Scottish merchant living and operating from there in the first half of the 19th century. The urn demonstrates Lin Chong’s adoption of classical forms and decoration which was the dominant style in Britain at this time. While he obviously aimed to cater to western taste, the piece is less formal than Georgian Regency designs and its Eastern origins are evident. The serpent, which coils itself around one foot of the urn and presents its head as the spigot terminal, is a motif that appears often in English silver. Here however the craftsman has made it the most important component. The combination of a Western style and Chong’s artistic license render this piece an eclectic example of Chinese silver for a western . 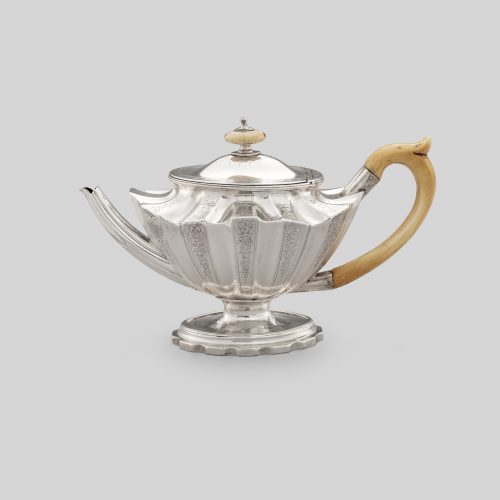 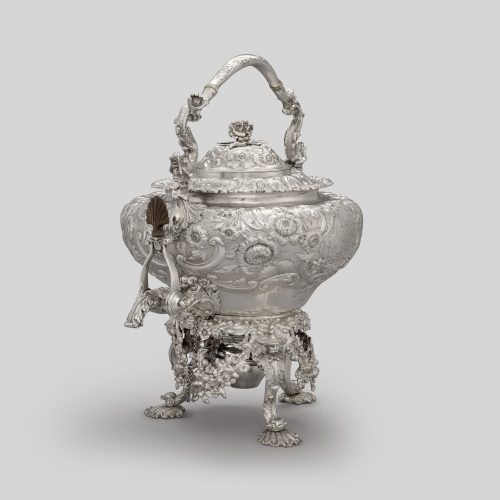 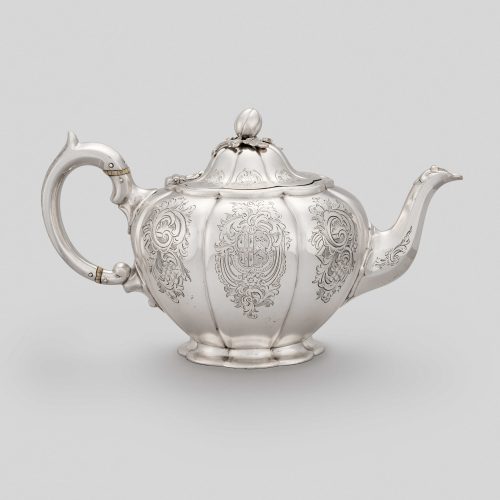