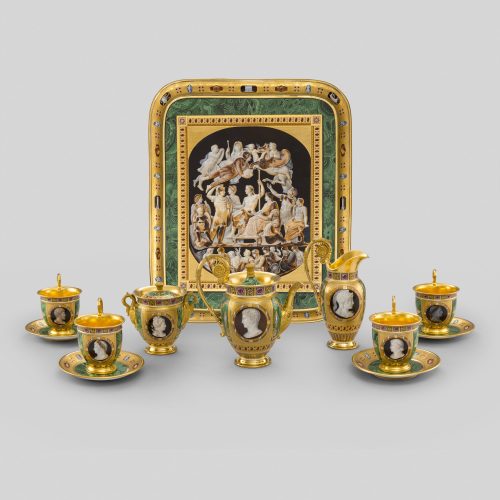 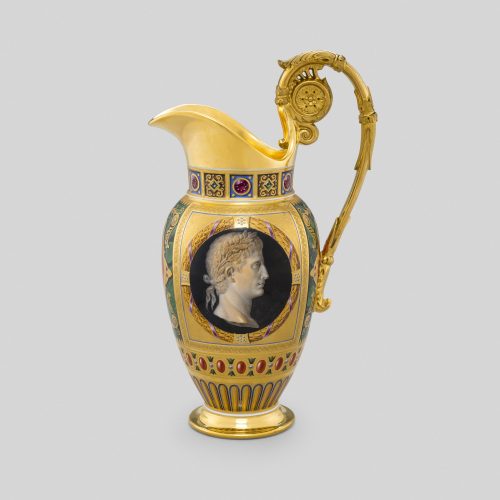 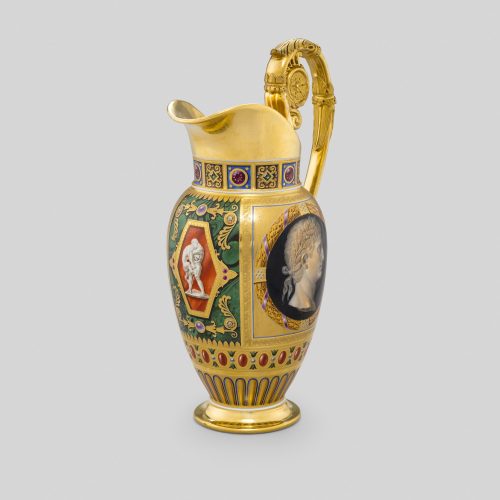 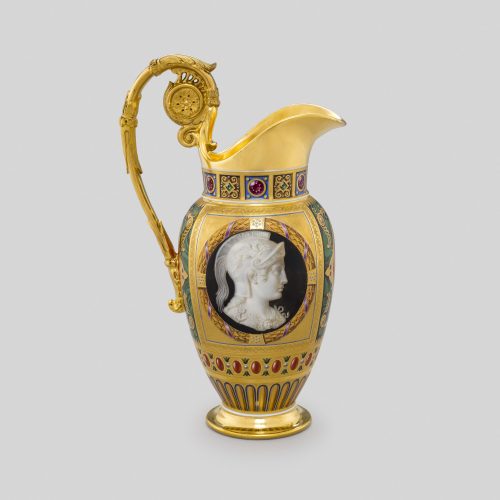 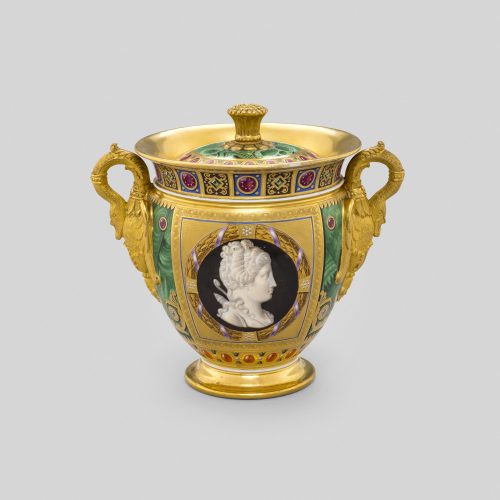 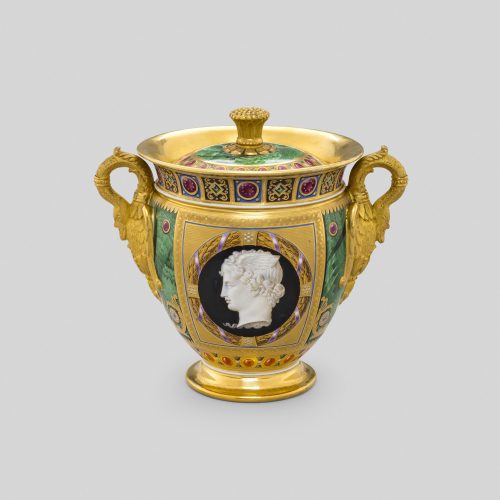 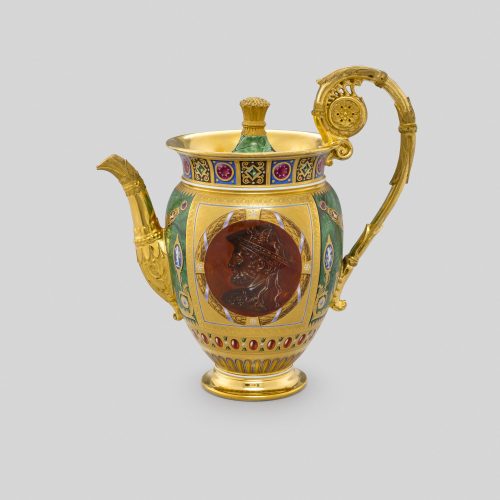 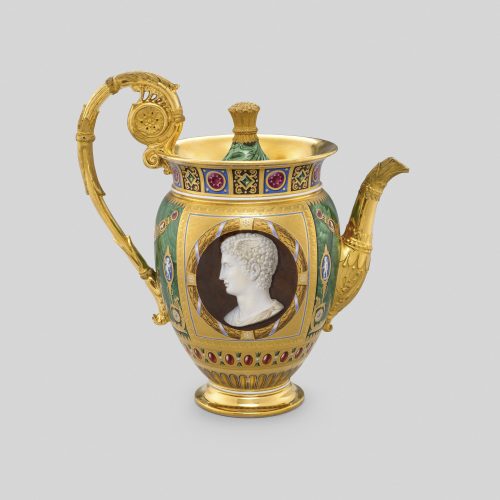 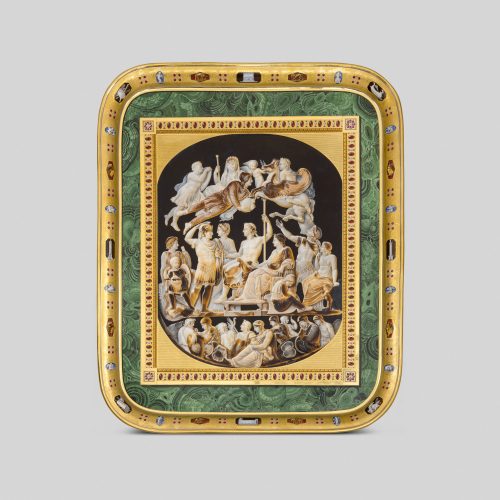 This tea set is decorated with paintings of cameos from the antique collection in the Bibliothèque du Roi. The tray depicts the apotheosis of Augustus in a life-size painting of one of the largest surviving cameos from classical Roman antiquity, Le Grand Camée de France, now in the Bibliothèque nationale de France (BnF), Paris. The service is decorated with gilt borders, jewels, cameos and gilt scrolling anthemion and acanthus leaves, painted on a ground of imitation malachite, a semi-precious stone much in vogue at the time of manufacture. The rest of the set is painted to match with cameo portraits of mythological figures: the teapot is painted with portraits of Ulysses and Antinous, the sugar-bowl with Diana and Medusa and the milk-jug with Minerva and Augustus. The set also contains four cups and saucers painted with cameo portraits of the Roman Emperors, Trajan and Marcus Aurelius, and the Empresses, Agrippina and Faustina.

Made by Sèvres, the royal porcelain manufactory, this tea set was presented by Louis XVIII of France to the Duchesse de Berry (Maria-Carolina), who was his nephew’s new wife, as a New Year’s gift. The Duchesse de Berry was the daughter of Francis I, King of the Two Sicilies and his wife Maria Clementina, Archduchess of Austria. Her grandmother was the Queen Carolina of Naples, herself a daughter of the celebrated Austrian Empress Maria Theresa. In 1816, aged eighteen, the young princess was married to Charles Ferdinand, Duc de Berry, who was the heir to the French throne. The Duchess was a well-known collector of the decorative arts, a great beauty and a leader in fashion. 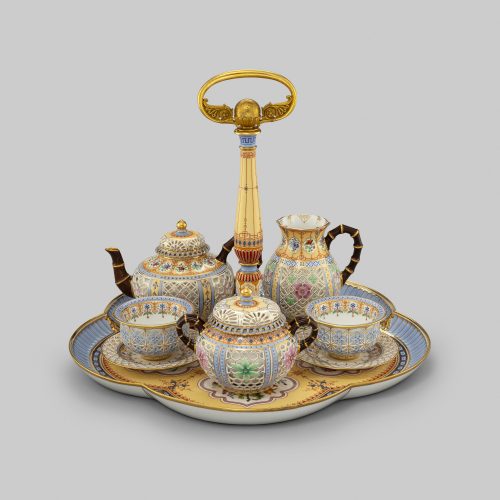 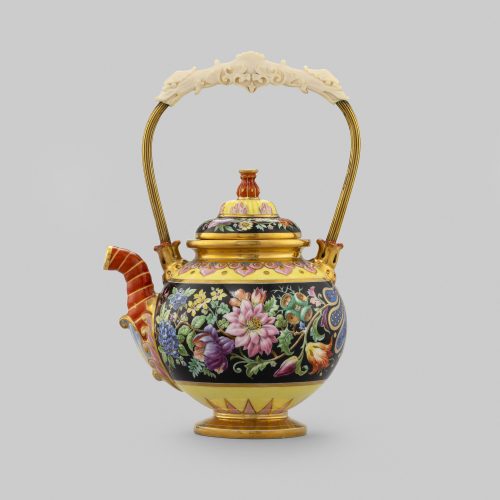 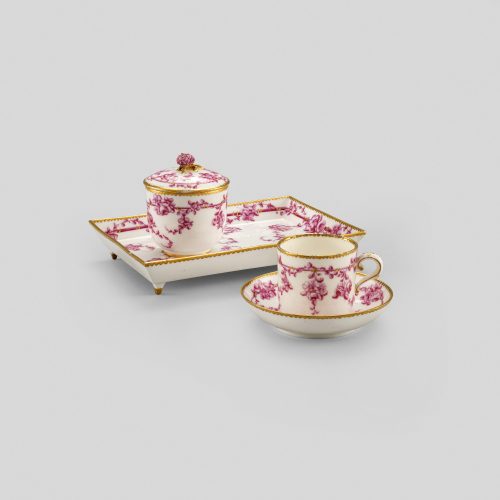