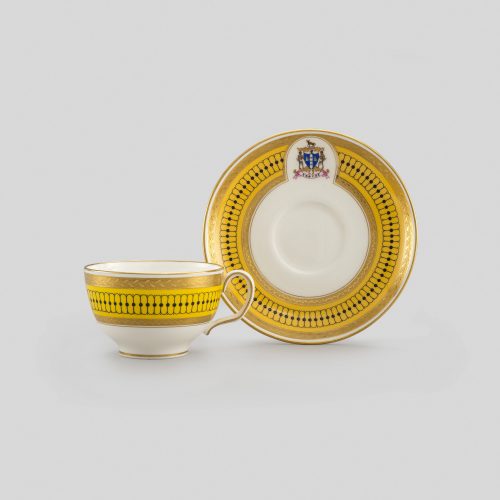 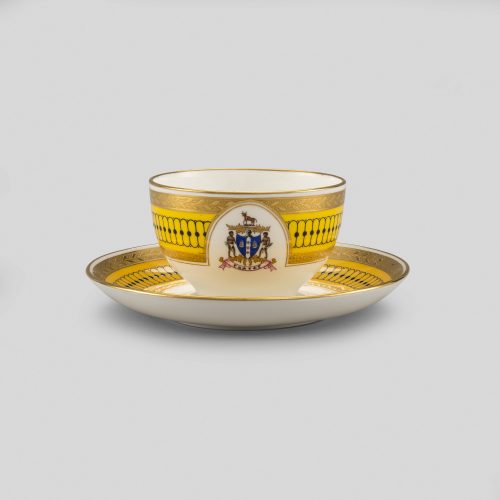 In 1793, Thomas Minton (1765–1836) established his ceramics factory in Stoke-on-Trent, Staffordshire. Minton had previously worked at Caughley porcelain manufactory, where he created the incredibly successful ‘Willow’ pattern for blue and white wares. In its first decades of production, the Minton factory focused on the manufacture of tea and tablewares ranging from cream-coloured earthenware to hard-wearing vessels enamelled with vivid lead colours. By the 19th century, Minton was one of the largest and most innovative ceramics manufacturers in Britain.

This teacup and saucer were a royal commission from the Maharajah Vijayasinhji of Rajpipla (1927-1951), the 36th and last ruler of a 600-year old dynasty which ruled over the Indian state of Rajpipla. The Maharajah, also known as ‘Mr Pip’, went to great lengths to modernise the state and improve the lives of his people. He liked to spend his summers in England, where he entertained and socialised with the English aristocracy at ‘the Manor’, his luxurious home in Old Windsor. The service was ordered through the London retailers T. Goode & Co Ltd to furnish the manor. The cup and saucer are decorated with the Maharajah’s coat of arms, set within thick bands of ‘egg yellow’ enamel and acid-etched gilding. A plate from the same service can be found in the Thomas Goode & Co archive. 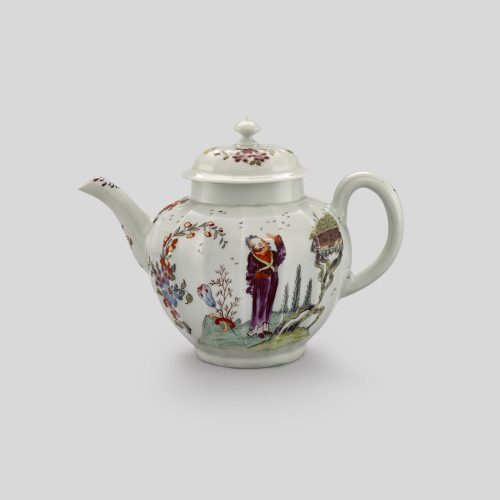 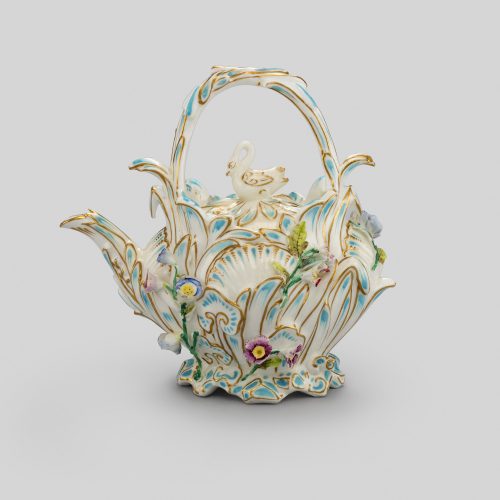 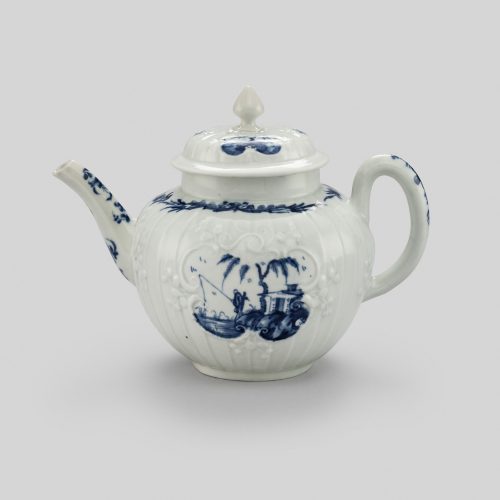