Weak, green tea was initially favoured by wealthy Europeans, as was traditional in China, but by the 1720s, the British had developed a taste for black tea. To counter the taste of the bitter brew, black teas such as the popular Bohea, Pekoe and Souchong varieties were taken with milk or cream, which created a demand for decorative jugs to hold these additions and became an essential part of the tea service.

This silver milk jug takes the form of a cow, with its tail curled over to form the handle. The cow’s open mouth forms the spout, while the hinged lid on its back, engraved with blossoms and cast with a resting fly, would have allowed the vessel to be refilled. Commonly referred to as a cow creamer, this shape first appeared in Britain in 1753 and was popularised by the Dutch silversmith John Schuppe, who immigrated to London in the 1750s. Although Schuppe’s are considered the earliest and finest examples, a large number of cow creamers were made by other Dutch and German silversmiths, while many British ceramic manufacturers produced examples in lead-glazed earthenware. 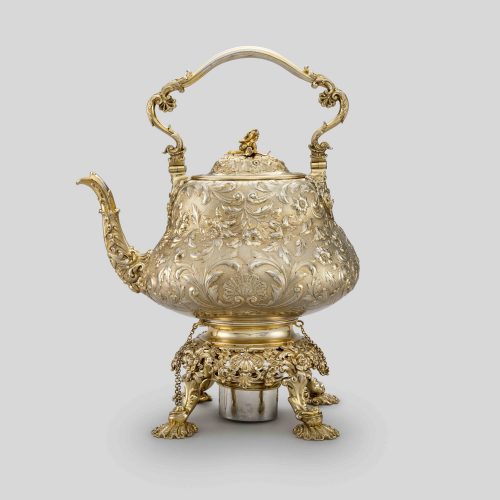 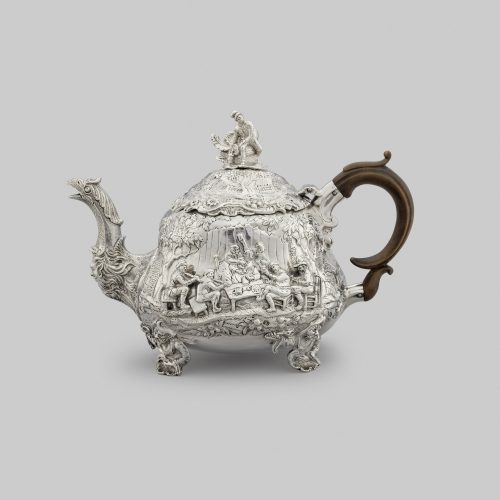