From the late-18th to mid-19th century, filigree work was a popular pastime for women. The Chitra Collection includes a great example of filigree in the form of this tea caddy.

The raised framework would have been bought from a shop like The Temple of Fancy on Rathbone Place, London, to work on at home. Along with the frame, coloured strips of paper and catalogues containing filigree designs could be bought. This caddy is decorated with paper scrolls, mica (a glass-like coloured mineral) and a central panel showing a waterfall. The engravings would characteristically depict portraits of the woman’s children or family.

This female pastime was in imitation of metal filigree work; the paper would have been gilded to provide a sheen reminiscent of metal. The gilding and coloured paper on our tea caddy has faded over time, probably due to sunlight, but a prime example of the brilliant colours used can be found at the V&A.

Filigree was just one activity for young ladies to master in order to become ‘accomplished women’. In 1786, The New Ladies’ Magazine supported the craft stating, ‘the art of filigree affords an amusement to the female mind capable of the most pleasing and extensive variety; it may be readily acquired and pursued at a very trifling expense’.

It was considered so important that even Princess Elizabeth, daughter of George III, engaged in it. In 1791, Charles Elliott supplied the princess with ‘15 ounces of different filigree paper, 1 ounce of gold paper, and a box made for filigree work’, along with a corresponding tea caddy. 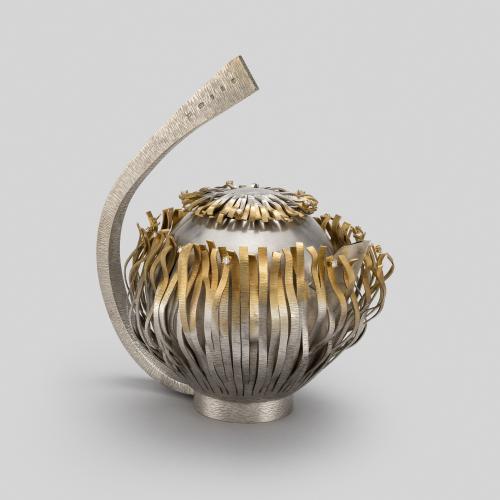 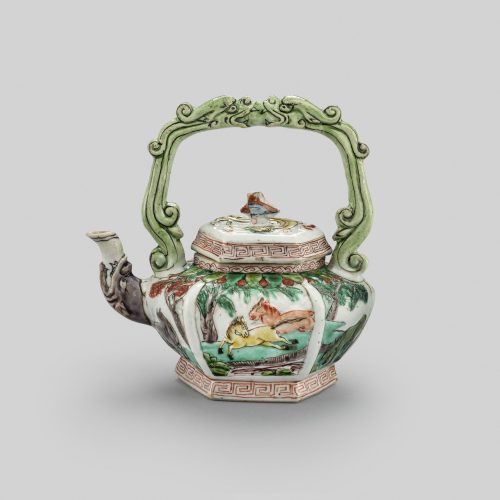 
A GREEN POT FOR A GREEN TEA 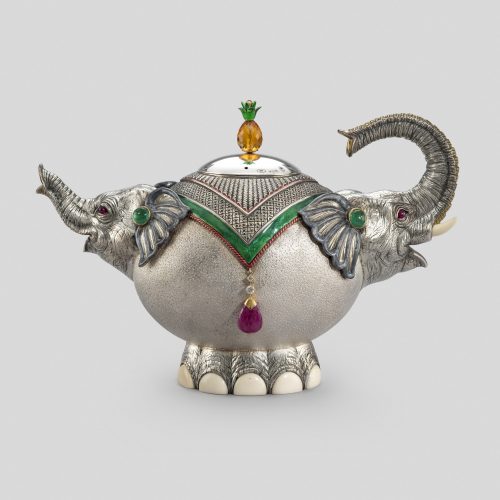 THE ELEPHANT IN THE (TEA) ROOM


THE ELEPHANT IN THE (TEA) ROOM

THE ELEPHANT IN THE (TEA) ROOM